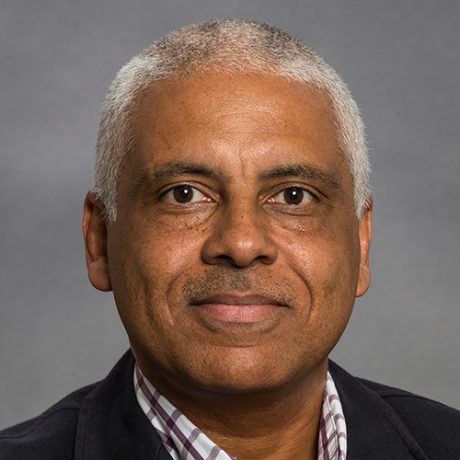 As an undergraduate student at the University of North Carolina-Pembroke, Alfred Bryant ‘92MED, ‘98PHD would spend his summers working as an Upward Bound counselor. Through that experience, he realized he wanted to be a professional counselor. In searching for the best counselor education graduate programs, one of his college advisors, a graduate of the school counseling master’s program at NC State, connected him with Don Locke, Ed.D., the department chair and longtime professor in the program. Locke encouraged him to apply.

Bryant was accepted into the program at NC State and never looked back, becoming a school counselor, as well as a licensed clinical mental health counselor. He spent three years as a high school counselor before taking on a position as an academic advisor in the Freshman Seminar Program at UNC-Pembroke. He then returned to NC State as an academic advisor in the university’s first-year college while earning his Ph.D. in counseling and counselor education.

After earning his Ph.D., he went on to spend 19 consecutive years at UNC-Pembroke in various capacities, including professor, program director, department chair, associate dean, and dean and director of the Southeast American Indian Studies Program before accepting his current role as dean of the School of Education at Campbell University. As a member of the American Council on Education (ACE) Fellowship Program, Bryant spent a year working with Chancellor Phil DuBois at UNC-Charlotte.

Both counselor education programs at NC State prepared me very well for every position I have had since graduating. The communication skills, including speaking and listening, proved invaluable over my career.

“Both counselor education programs at NC State prepared me very well for every position I have had since graduating. The communication skills, including speaking and listening, proved invaluable over my career. My faculty at NC State were top in their field at the time and I still remember them all with high regard.

I worked as a graduate assistant for Dr. Don Locke and as we would ride to schools to work on projects, he would ask me about my career goals. He encouraged me to consider a Ph.D. after completing my master’s. After I started my first job as a high school counselor, I could not get Dr. Locke’s encouragement out of my mind, so I decided to apply to NC State for my doctorate. I was accepted and worked full-time, commuting back and forth until I finished my Ph.D. It was one of the best decisions I ever made. I still have lifelong friends I met in my programs at NC State.

One of my passions is mentoring younger faculty and staff. Campbell is providing me with a great opportunity to give back to a profession that has been so good to me over the past 30 years.”