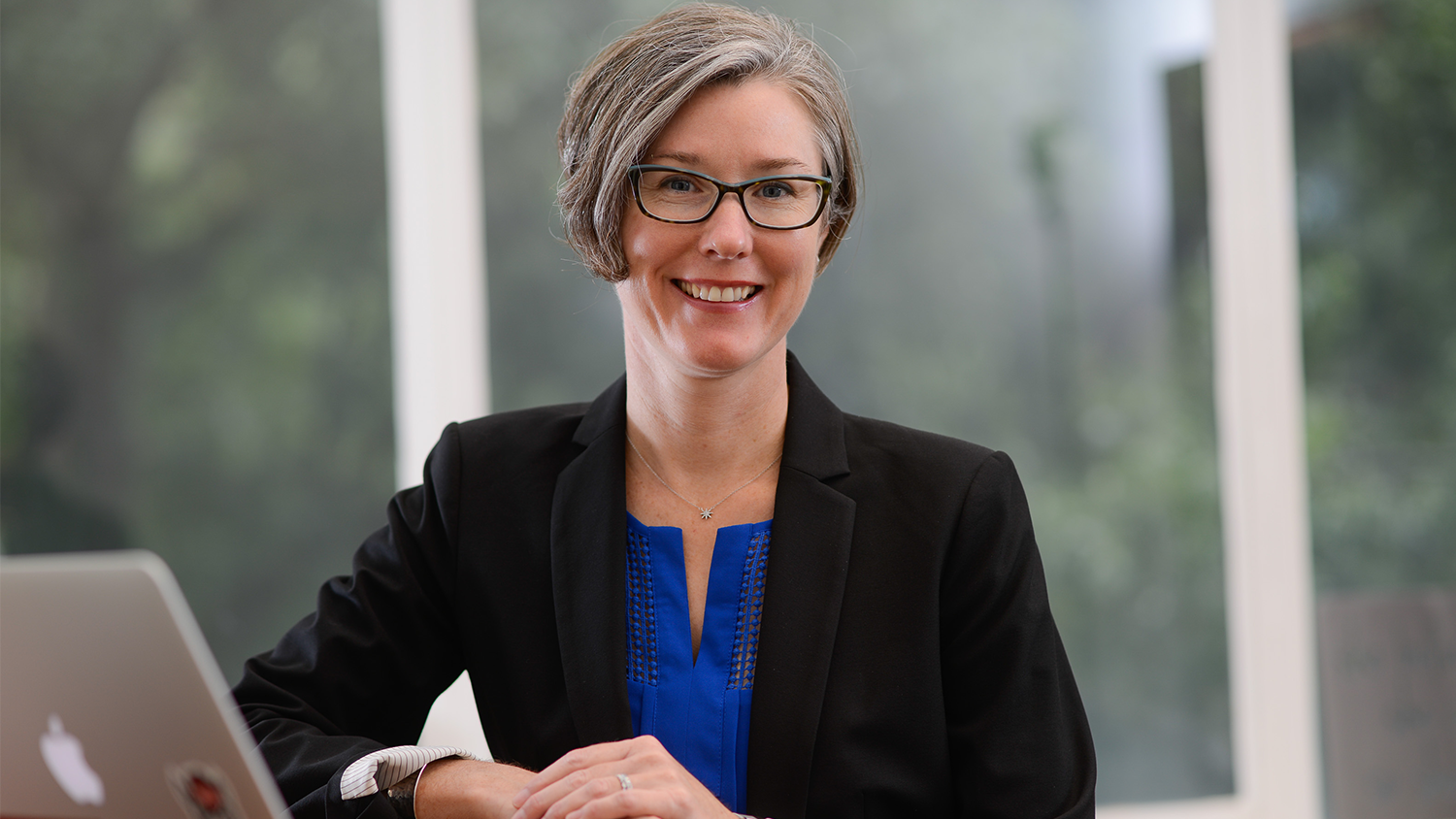 For the past five years, K.C. Busch, Ph.D., assistant professor of STEM education in the NC State College of Education, has been thinking about how community members learn from those within their social networks.

While working on her dissertation at Stanford University, she found that social norms were very important for action against climate change, but she was dissatisfied with her ability to measure the ways people learn about science at a community level.

Now, Busch will be able to develop a theory and test metrics for measuring community level science learning through social networks thanks to a recently awarded $1,103,218 CAREER grant.

The CAREER grant is one of the National Science Foundation’s most prestigious awards and was created to support early-career faculty who have the potential to serve as academic role models in research and education and to lead advances in the mission of their department or organization.

Busch’s project, “Redefining Scientific Literacy at the Community Level — Researching Science Learning Using a Social Network Approach,” will use social network analysis to quantitatively measure the features of community organizations in three North Carolina coastal communities that must make scientifically-informed adaptation decisions to combat the effects of sea level rise in an effort to determine how community level scientific literacy is developed.

“A report by the National Academies of Science, Engineering and Medicine acknowledges that scientific literacy could happen at the community level, but it’s just this big, black box of an idea. We don’t know what it is, we don’t know how to measure it and this is a great opportunity to delve into an area that’s just completely new,” Busch said. “This project has real implications for real-world problems, but it also just addresses this huge gap in our understanding.”

Scientific literacy at the individual level is defined as a person’s knowledge, attitudes and behaviors. Many current problem-solving efforts in science, Busch said, rely on a certain portion of an affected group reaching a certain level of scientific literacy about a topic in order to reach a solution.

What Busch is proposing is to instead look at how members of communities facing scientific problems, in this case sea level rise, can rely on one another’s different levels of scientific literacy and to examine how that knowledge is distributed through the group.

While individual scientific literacy might be determined by asking a person what they know about sea level rise, the social network analysis will examine how that knowledge is shared by asking questions like “Who do you talk to about sea level rise?” or “What do you consider yourself to be an expert in?” The resulting analysis will show who talks with whom within a community and can create a visual representation of how information or attitudes about a problem flow through a social network.

“I don’t think we need everyone in the community to reach the same level of knowledge. I don’t think that works. I think what we need instead is this idea of distributed knowledge where I know something and someone else knows something else and, collectively, our knowledge is distributed amongst different individuals in the community,” Busch said. “If we can act together with all of our different areas of expertise, then we have a more complete knowledge base.”

If the theory of how to measure the way community-level scientific literacy is created is successful, Busch said it could ultimately lead to targeted interventions that could improve the social network. For example, once the network around a specific issue is understood, a targeted intervention could be created so that important information is shared with those trusted individuals in the community who might be able to spread the message more quickly.

“If we learn from people in our immediate social circle because we trust them or have a relationship with them, then the better pattern of communication would be to not just use blanket communication, but to use really targeted, specific communication to those trusted messengers within networks,” she said.

The goal, Busch explained, is not to try to use communication to change peoples’ beliefs about particular scientific topics but rather to help them work together using combined knowledge in order to find solutions to concrete problems that have scientific or social implications.

Although Busch’s CAREER grant work will focus on sea level rise because she has previous expertise in research related to climate change, the theory she is developing could be more broadly applicable across a variety of scientific issues including public health issues, including pandemics like COVID-19, and other environmental problems.

“It’s going to be my goal that I’m developing this theory within climate change and sea level rise but the theory that I develop is general enough and broad enough that it could apply along any collective scientific issue,” she said. “It’s the collective part that matters, whether we’re talking about a pandemic, public health or any sort of land use decisions; it’s anything where it takes a collective or a group of people to take action.”

Busch has been integrating social network analysis and community learning into other projects over the past few years, applying the idea to smaller groups of individuals that have a shared practice.

Using a Faculty Research and Professional Development (FRPD) grant during her second year at NC State, she conducted social network analysis with environmental education centers in North Carolina, measuring the knowledge that was already there.

She is currently leveraging that thinking on a three-year grant-funded project from the Institute of Museum and Library Services (IMLS) that aims to create a community of practice for 54 science museums and centers across North Carolina to improve the evaluation skills of informal science education providers.

As the IMLS project approaches the one-year mark, Busch says she hopes the first post-intervention survey will show that the network of informal science education providers has grown closer and that analysis will show more people talking to and collaborating with one another around evaluation.

“Those situations are different from a town, which is what I’m moving to with my CAREER grant. The town is bigger and set by geographic place, but there isn’t an organization that I can go to where everybody is involved and we will have a lot more variety of ideas,” Busch said. “I’ve tried out social network analysis in scenarios where it’s a little bit easier to study. Now, I’m going to apply it to this situation where the community that I’m working with is a lot more diffuse.”

As part of the CAREER grant, Busch has also received funding to take both graduate and undergraduate students to the coast with her to assist with data collection and she hopes to be able to integrate the project into the Learning in Informal Context courses she developed in 2018.

She hopes that the research can serve as a case study in the course, which focuses on studying how people learn outside of classrooms and how science can be communicated and program exhibits developed outside of schools to help people learn.