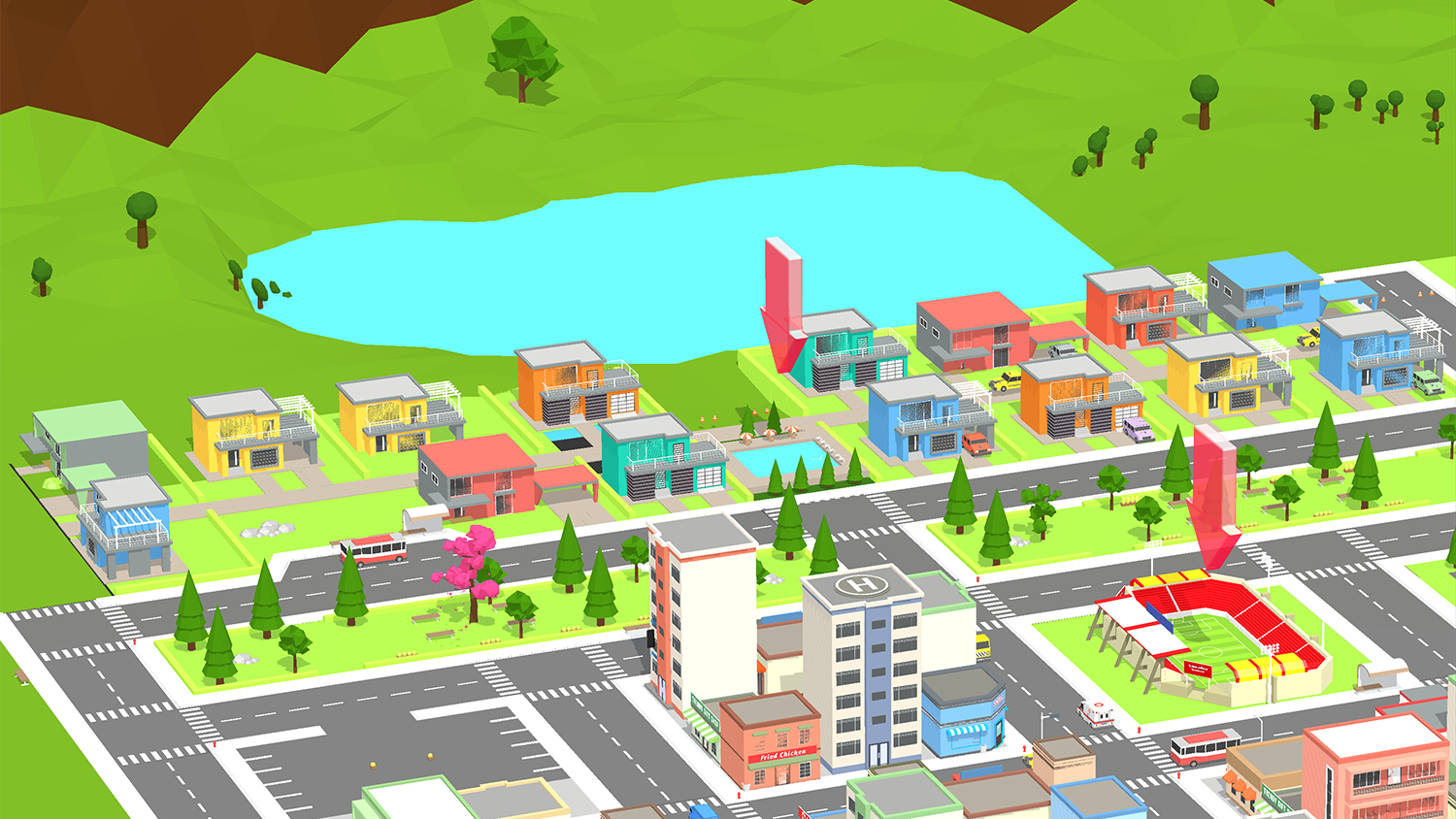 If you look at the world in a certain way, you might start to see mathematics everywhere. A tall, gleaming skyscraper in downtown Raleigh is also a ratio of retail space to office space, and spacious backyards in a new suburban development are fractions of total neighborhood size.

For an interdisciplinary team at North Carolina State University, guiding students to play with a city’s built-in math could be key to improving STEM learning. With funding from the NC State College of Education, the team is developing a computer game that will encourage students to design virtual cities and, in the process, think critically about the relationships between numbers.

Jessica Hunt (associate professor of Mathematics Education and Special Education in the College of Education) and Perver Baran (faculty fellow at the Center for Geospatial Analytics and an affiliate of the College of Design’s Ph.D. program in Design) met for the first time last November at the second annual Showcase of NC State Women Faculty’s Research, Creativity and Scholarship, a networking event hosted by the Association of Women Faculty.

Hunt was drawn to Baran’s live demonstration of InVision Raleigh––an online interactive system for exploring development scenarios in 3-D––and the two struck up a conversation. “When Jessica looked at InVision Raleigh,” Baran recalls, “she said, ‘I see math!’ And I said, ‘I see buildings!’ But then I started to see math too, particularly ratios.” The two researchers soon realized that they could work together to create a computer-based system that would help students explore math principles by visualizing and interacting with a digital urban landscape. They discussed these ideas with College of Education STEM Ph.D. student Blain Patterson and Geospatial Analytics and Design Ph.D. student Payam Tabrizian.

What emerged from these discussions was a proposal for a pilot research project, submitted by Hunt to the College of Education for a seed grant. After collecting preliminary data, the research team intends to pursue further funding from the National Science Foundation.

For their research, Hunt and Baran are working with Tabrizian to develop a desktop computer game based on a series of challenges Hunt designed to build students’ notions of mathematics. These tasks go beyond rote computation, Hunt explains, by requiring students to notice mathematical relationships as they work, solve problems and explain their reasoning. And with a cityscape as the setting of the game, these tasks are embedded in a real-world context. For example, the game may feature several building lots with lengths and widths that are always related in a particular way. When students attempt to change the dimensions of these lots, they will learn about covariation and what it means for values to be proportional to each other, Hunt explains. This is the first of “a series of experiences designed to build proportional reasoning,” she adds.

The game is specifically aimed at middle school students with learning differences. Late elementary and early middle school is “a critical time for students, to invite them to think about why things work the way they do,” Hunt says. She also explains that students with learning differences, such as differences in processing, memory or attention, contribute to neurodiversity in the classroom, and these students’ various strengths can inspire educators to creatively design instructional environments, leveraging, for example, students’ talents in two- and three-dimensional reasoning.

With Tabrizian working as technology developer and designer, the game platform is currently under construction and will debut for pilot testing in local classrooms starting in February 2019. Says Baran, the project highlights the “value of the transferability of ideas and concepts across disciplines” including education, design and geospatial analytics, and the research dovetails with the Center for Geospatial Analytics’ emerging initiatives in serious games. Baran and Hunt credit their chance encounter as the catalyst for this innovative project. “These networking events are great because of their potential to spark these collaborations,” Baran says. “They bring together people who otherwise would never think to work together.”

This post was originally published in Center for Geospatial Analytics.

#WhyIChoseEducation: ‘I Hope to Apply the Knowledge That I Am Learning to Help Young Adults With Their Career Exploration and Goals,’ Says College Counseling and Student Development Graduate Student Sabrina Spencer ’22MED

Growing up in a single parent household, Sabrina Spencer ’22MED witnessed her mother’s tenacity and grit to pursue a career as a middle school teacher. That experience inspired Spencer to want to help others. Pursuing a Master of Education in college counseling and student development, Spencer shares why she chose the NC State College of Education, how education has shaped her and how the college is preparing her for the future.