Lee Vernon Stiff ’78 PHD passed away Friday, March 19. He was a nationally-recognized expert and scholar on equity and mathematics education who served and led in NC State’s College of Education for 37 years, retiring in 2020 as professor emeritus of mathematics education and associate dean for faculty and academic affairs. 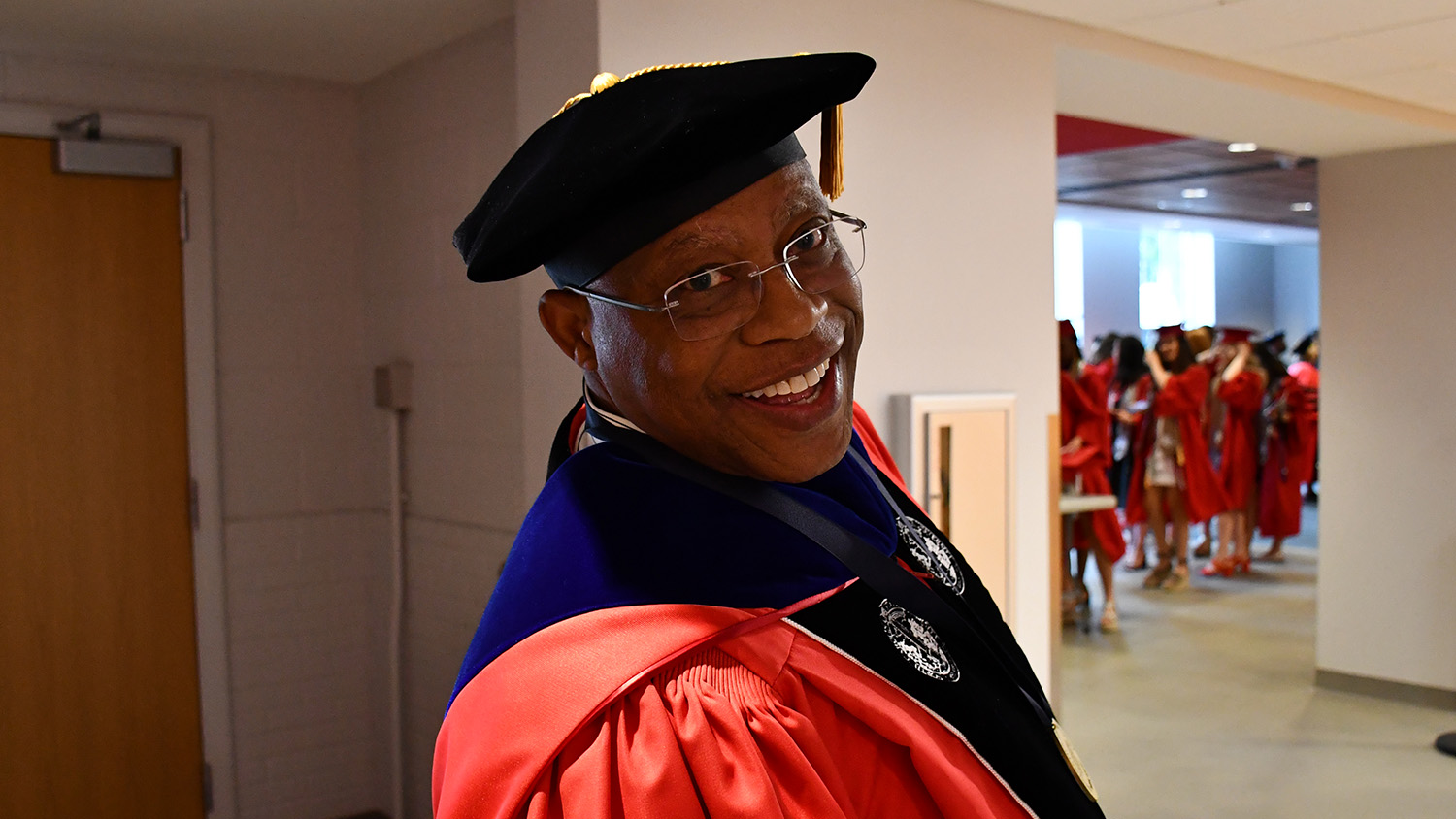 A Celebration of Life

The family of Lee Vernon Stiff, Ph.D., will hold a Zoom memorial service for him on Friday, March 26, at 11 a.m. The College of Education is also developing plans to celebrate his life and continue his legacy for years to come. Details will be forthcoming. In the meantime, you can help us prepare for these by sharing your recollections and memories of Dr. Stiff and what you learned from him by completing this form.

He was on the faculty of UNC-Charlotte’s Mathematics and Computer Science department before joining the College of Education in 1983. During his tenure at NC State, he moved through the ranks as assistant professor, associate professor and professor of mathematics education. He began serving as an interim associate dean in July 2017 and a year later was named the associate dean for faculty and academic affairs. He served in that position until retiring on July 1, 2020.

Here’s a collection of stories and videos about Lee Stiff, Ph.D., and his work:

Throughout his nearly 45-year career in education, Stiff worked to improve mathematics education at the state and national level for all students. He co-authored more than 70 primary and secondary education textbooks in mathematics, published by Houghton Mifflin Harcourt and Holt McDougal, and received numerous awards and accolades, including the 2019 National Council of Teachers of Mathematics (NCTM) Lifetime Achievement Award.

Other honors include being named the College of Education’s 2010 Distinguished Alumnus and receiving the Rankin Memorial Award for Excellence in Mathematics Education from the North Carolina Council of Teachers of Mathematics and a Fulbright Scholar Award to the University of Ghana. He also served as NCTM’s president from 2000 to 2002.

In addition, Stiff was co-founder and president of EDSTAR Analytics, Inc., a consulting firm that aids school districts in using data-driven decision models to improve student success and teacher effectiveness. He also served as the president of Morgan’s Mark, a film production company based in Los Angeles, and he produced a number of films, including Mississippi Damned (2009) in which his original song “Day by Day” is featured; Solace (2018); and Working Man (2019).

Stiff is survived by his two daughters, Adrienne Diarra Stiff Roberts (Francis) and Morgan Rashida Stiff; and two grandsons, Kingston Roberts and Phoenix Roberts. He was predeceased by his wife, Renée (2010).

In lieu of flowers, the family requests that gifts be made in his remembrance to the Agnes and Garfield Stiff Endowment, a fund Stiff set up to honor his parents and that benefits graduate students in the college’s Department of STEM Education who present at conferences.

Gifts can also be made in honor of Stiff to the College of Education’s Excellence Fund. This fund supports programs and initiatives important to Dr. Stiff like the Don C. Locke Multiculturalism and Social Justice Symposium that he helped start.

You can read more about Stiff in his obituary on the Lea Funeral Home’s website, and you can hear more about him in his own words in this video produced when he received NCTM’s lifetime achievement award: