On Mathematics Field Day, NC State College of Education Students Learn to Think Outside the Box to Teach Math

NC State College of Education students had the chance to channel their inner child during the Mathematics Field Day event on Oct. 25.

Organized by Assistant Professor of Mathematics Education Erin Krupa, Ph.D. and supported with funding from a University Foundation grant, the event featured numerous activities similar to those common at elementary school field day events, but with a mathematical twist.

There were relay races, math charades and a running memory game that involved matching fractions, decimals and percents, for example. Every event had a physical and mathematical component.

“I really liked the charades because it made you think about math as a more abstract visual idea, where a lot of times we think about these math concepts as pencil and paper types of equations and numbers,” said Connor Johnson ’20, a mathematics education and statistics double major. 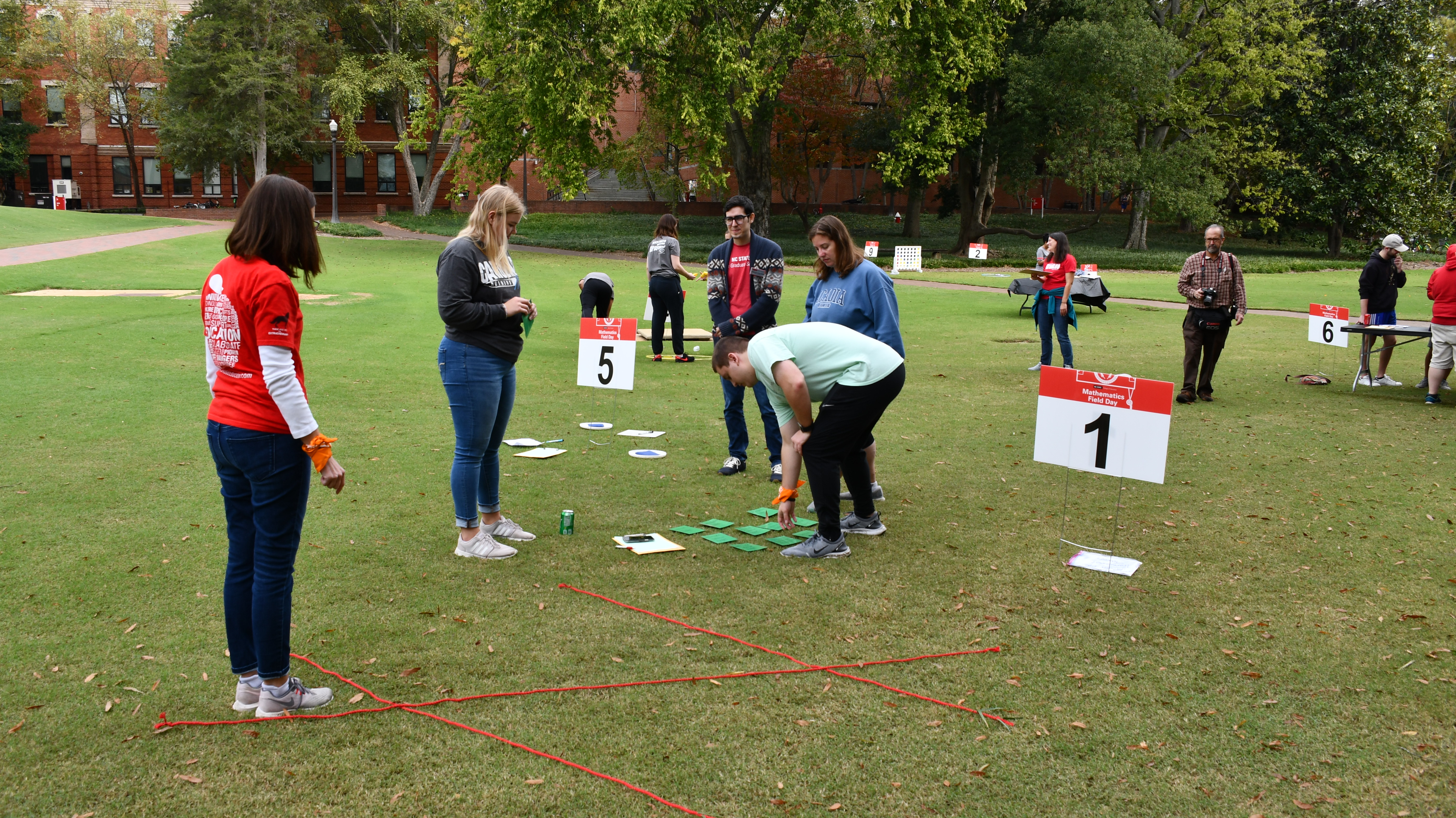 One of the most popular events was a water balloon toss that required participants to locate an ordered pair of coordinates with an inflatable pool and then successfully throw their balloon into the target.

“I think popping water balloons was the most fun part of the day,” said Stephanie Teeter, a graduate student in science education.

The event served as a precursor to a Mathematics Field Day planned for Centennial Campus Middle School students on March 27. At the March event, pre-service teachers with the College of Education will lead the activities for the middle school students.

“We know that kids like to be outside and they like to move, so why don’t we harness that in math class?” Krupa said. “I say we mathematize the activities they do in P.E., which is fun and shows kids that they can have fun in math.” 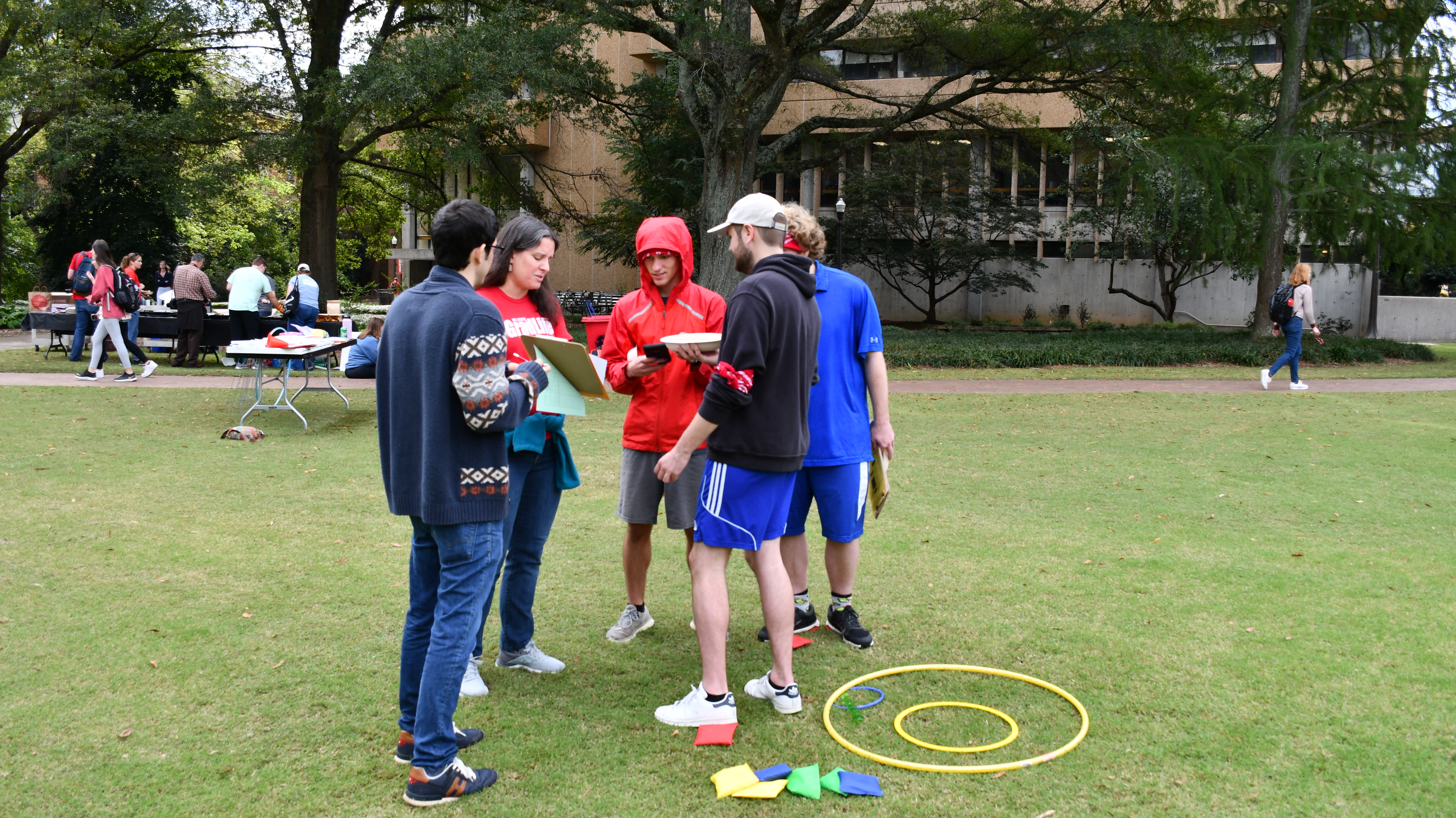 While the March event at Centennial Campus Middle School will be intended to get middle school students excited about mathematics, the October event was a way to get pre-service educators to think about unconventional methods for delivering math lessons to their future students. 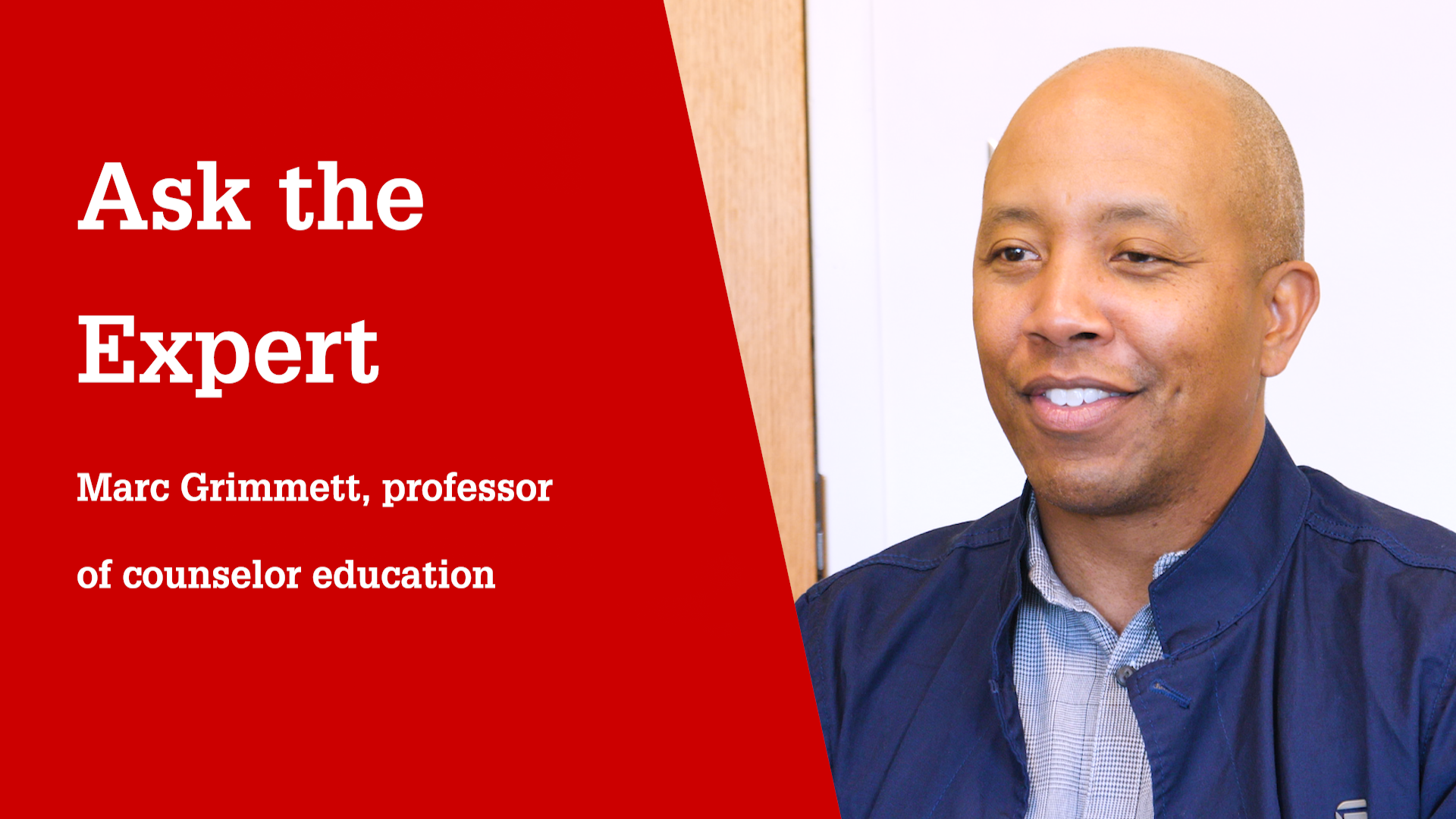