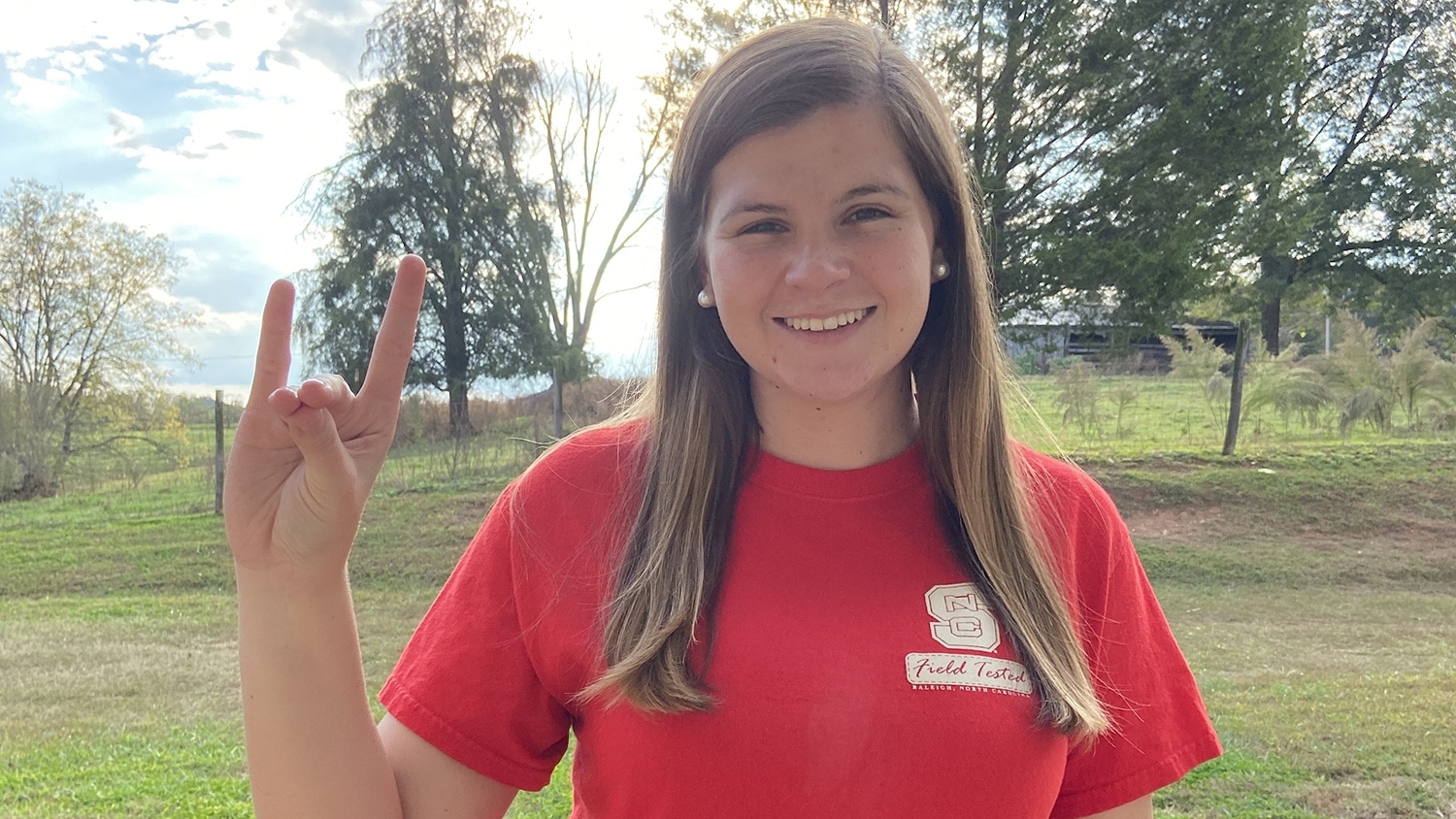 Stewart DiFiore’s grandfather made a difference in the lives of NC State students every day during the 15 years he was the university’s dean of students. Now DiFiore and her husband, Peter, an NC State chemistry alumnus, are continuing his legacy.

To honor the memory of Jack Stewart, the DiFiores recently established an endowed scholarship in the College of Sciences for future STEM educators. The Jack Stewart Scholarship is available to students from North Carolina who have completed at least two semesters at NC State and are interested in a career teaching science, technology, engineering and math (STEM) in K-12 schools.

“We want the scholarship to help a deserving student in need complete their education at NC State so they can return to North Carolina’s rural communities and teach science,” DiFiore said.

Jack Stewart joined NC State as director of student housing in 1948 and served as the university’s first dean of students from 1954 until 1969, retiring just before his death in 1970.

The scholarship isn’t the only reminder of his legacy on campus. In 1973, the university recognized his leadership and service to students by dedicating the theater in the Talley Student Center as Stewart Theatre, a name it still bears. Stewart had been involved in the planning for the new building before his retirement.

DiFiore noted that her grandfather cared deeply for the students he worked with and believed everyone who wanted a college education should have access to one. After he graduated college and began working, he helped pay his younger sister’s college tuition when his parents couldn’t do so.

“We are proud to honor Jack’s memory through this scholarship so that it might help others who are passionate about education but may not have the means to have the opportunity to obtain a degree from NC State,” she said.

The scholarship’s first recipient is Breanna Goins, a senior double-majoring in mathematics and mathematics education and a North Carolina Teaching Fellow.

Goins said the scholarship is helping her work toward her goal of becoming a high school math teacher in her rural home county. “Because of this scholarship, I’ve been able to focus on my classes and on becoming a better teacher, knowing I’ll have less in student loans to pay,” she said.

The DiFiores are happy to see the scholarship bearing Stewart’s name go to someone who shares his passion for helping the next generation. “In the long term, we hope the scholarship recipients will create lasting positive impacts by inspiring and educating children who will go on to create their own success,” DiFiore said.

“I’m excited to serve students and help them to build the correct foundation for mathematics,” Goins said. “I hope to one day help students grow to love math as I have.”

This post was originally published in College of Sciences News.