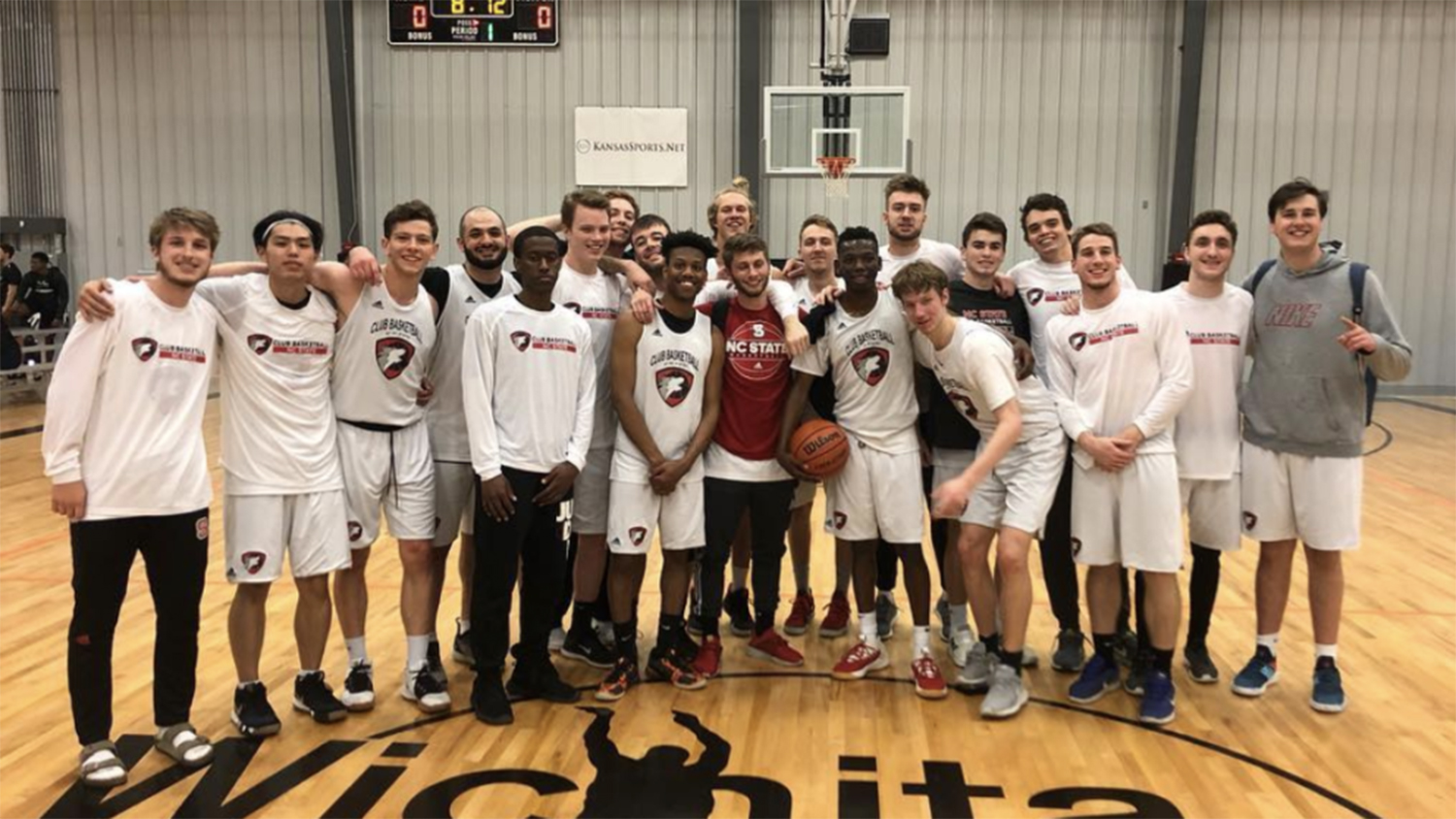 After growing up in Maryland and then playing basketball for Waynesburg University in Pennsylvania, BJ Durham ’22PHD came to NC State’s education department to study counseling, specifically for athletes. BJ says that he has always wanted to help people physically and mentally, and NC State’s counseling and counselor education program (especially with their connections to local communities) is a wonderful place to study.

He currently works as a supervisor at the Community Counseling, Education, and Research Center (CCERC), which is part of NC State’s Counselor Education program, with Marc Grimmett, Associate Professor, coordinator for clinical mental health counseling, and co-director of CCERC, and Helen Lupton-Smith, Teaching Assistant Professor and Clinical Coordinator.

CCERC provides mental health services for the community with masters students serving as counselors to local teen centers, YMCAs, high schools, middle schools, and Boys and Girls Clubs in the Triangle area. CCERC works in community centers, such as the Crosby Garfield community center, and BJ tells me that they aim to make mental health care accessible to everyone.

“We tell clients who we are and if you can’t make it or can’t pay, no worries,” BJ tells me, clarifying that, “there should be no barriers for mental health services.”

BJ’s capstone has focused on mental health training in community settings and for marginalized populations. However, after seeing his former teammates struggling after leaving their college experiences (and understanding that struggle himself as a former athlete transitioning into professional life), BJ dedicated his research to athletes in their identity transitions.

He notes that it’s a difficult change to go from saying “I’m an athlete and people know me on campus” to not being well recognized outside of that space. He’s most interested in what he calls the “intersectional identity shift of ‘Career Athletic Retirement.’” He discussed more in a recent GradPack Talks segment, linked below.

BJ explains that Career Athletic Retirement deals with the ending of someone’s time playing a college sport. He further explains how identity can be viewed through either a social sense with dynamics like group membership just like being part of a team or an intrinsic self-identity consisting of someone’s belief and values. Identity also can be defined through how the world views someone or how someone views themselves. He further talks about how for student-athletes they are perceived as athletes and being an athlete often forms the core identity for these individuals for a large portion of their early life.

While BJ tells me he loves learning about different perspectives in the field, watching people grow, and helping others solve their own problems through counseling, he experiences many challenges day-to-day as well. For instance, keeping up with the research can be daunting in itself as well as the coursework and service load he experiences.

However, BJ also tells me that he struggles with keeping up with his classmates and their knowledge and abilities. He says that “they allow me to grow in ways I never thought of,” but it can be difficult to innovate something new and valuable to the ongoing scholarly conversation. He also, like many other graduate students, struggles with Imposter Syndrome: feeling like we don’t really belong in this professional/scholarly space and fearing others might discover that we are “frauds.” I myself also struggle with this from time to time. There is a lot of pressure to measure up as an academic and to compete with your peers.”

Counseling can help, especially since, according to BJ, “the competitive nature of grad school is a big problem among grad students; we automatically think we should be competing with each other instead of working together.” Additionally, having (or creating) a strong, collaborative culture among your graduate cohort can help combat this competitive culture that might breed Imposter Syndrome.

Looking to the Future: Growth in Counseling

BJ is most proud of “just being here [at NC State] every day!” he tells me. “Showing up and making it to class, enjoying what I’m doing…People don’t put enough emphasis on being present. Yeah, it’s rough writing long papers, but the fact that you’re able to be here and do what you do is amazing.”

BJ’s goal at NC State is to graduate within five years and help people along the way in any capacity: as a graduate assistant, counselor, supervisor to another counselor, etc. He says he would feel fulfilled in “just helping others grow and see their [own] potential.” He would also like to build a community for others to feel welcome in. For example, he notes that CCERC was in the beginning stages when he first got to campus and so he wants to see the outreach in community mental health continue to grow long after he’s graduated.

He looks toward working in counseling offices and perhaps becoming a professor down the line to help educate and support the next generation and hear what they have to say about the changing mental health terrain. In the meantime, he has valuable advice for other graduate students.

1. Don’t take your degree too seriously; instead, slow down and be present

While it’s a valuable tool for professional and academic use, it “isn’t the only thing you will get out of this experience at NC State. Slow down, be present,” and he tells students to remember that “it’s not a race to see who finishes first; the goal is to finish, period.”

This is one of the “fastest-growing cities in the country!” BJ exclaims. “Go out and live! Go to a concert, a play, a park, etc. Enjoy this time in your life before it’s gone.”

3. Exercise and practice self-care, whatever that looks like for you

Self-care for BJ is “not looking at homework for a weekend [in order to avoid] burn out.” Instead, he says, he goes out and plays basketball with friends, enjoying it to the fullest. He spends time with loved ones, being sure to feel present and enjoy their presence as well. He advises taking “as many mini-vacations as you can” such as to Charlotte, Asheville, or Greensboro.

BJ ends by saying that self-care in graduate school is simply, “taking time to not think about school and not stress about the small things.”

This article was originally published on The Graduate School’s website.