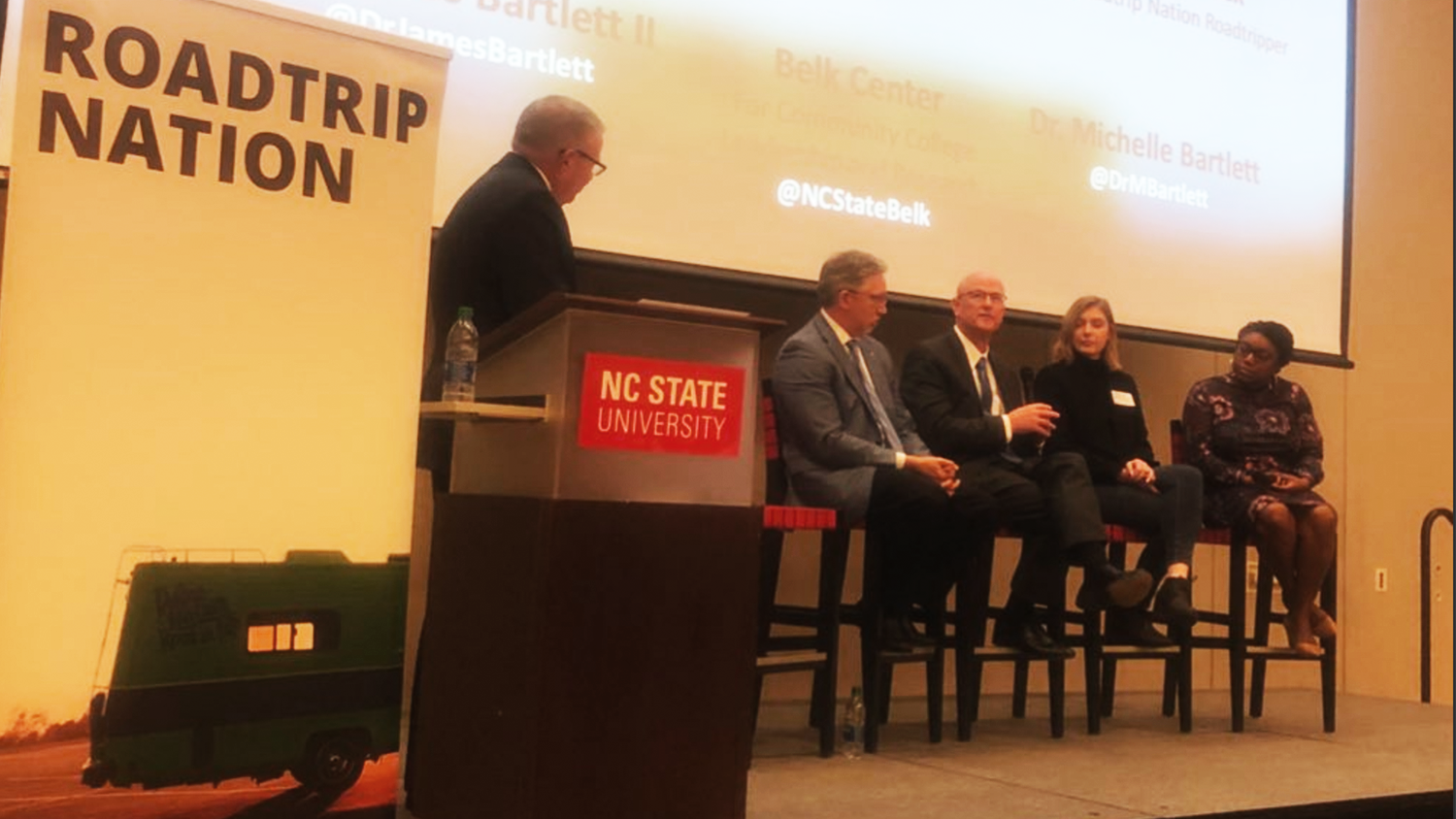 Bartlett, along with Teaching Assistant Professor Michelle Bartlett, Ph.D., helped spread this message through an ECMC Foundation-sponsored panel discussion and screening of the Roadtrip Nation documentary One Step Closer on Nov. 21 at the Talley Student Union on NC State’s campus.

More about One Step Closer

One Step Closer follows three students as they travel the nation exploring the success stories of people whose higher education journeys started at a community college. The documentary is available to watch in-full online with an accompanying viewing guide to host a discussion with students.

Following a 30-minute viewing of curated clips from the documentary — which featured interviews with notable community college graduates around the country — students, faculty, community college leaders, educators and school board members attending the event engaged in a panel discussion that explored ways community colleges can change perceptions and become more effective for students.

Among the panelists was Paul Gessner, a retired North Carolina Superior Court judge who shared his story of starting his career at Wake Technical Community College, with the goal of becoming a police officer, before eventually earning a bachelor’s degree and enrolling in law school.

Panelist Deesha Dyer shared her story of simultaneously interning at the White House while she earned her community college degree after returning to school as an adult. Before even graduating, she went on to become a special assistant to President Barack Obama and White House social secretary.

James Bartlett noted that it is crucial that people see North Carolina’s community colleges as a vital option as the state works to meet the goal set by myFutureNC — an organization focused on educational attainment — of having 2 million adults in North Carolina holding postsecondary degrees or credentials by 2030.