Angela Wiseman, Ph.D., an associate professor of literacy education at the NC State College of Education, is taking a global perspective on language practices following a conference she helped organize in South Africa in October.

Over the course of several days, Wiseman and doctoral student Ashley Atkinson, a graduate student in the Language Arts and Literacy Education program, collaborated with about a dozen professors and graduate students from Stellenbosch University in South Africa and Strasbourg University in France.

The conference, entitled “Multilingualism, Identity and Education: Global Perspectives on Research, Policy and Pedagogy,” was funded by the Academic Consortium for the 21st Century’s Special Project Fund, a partnership between 18 institutions that seeks to promote cooperation in education and research across cultural and regional boundaries.

A large focus of the discussions at the conference, Wiseman said, was about the historical and political nature of language practices in different research contexts and how different language policies impact education in each country.

Wiseman said children in South Africa, a country with 11 nationally recognized languages, have a legal right to be educated in their native tongue, which is different from U.S. classrooms, where traditional instruction is nearly always given in English.

“I think more people are multilingual in South Africa and France than in the United States. Those perspectives are really important for us to understand as the U.S. is becoming more diverse in terms of language use and language identities,” she said. 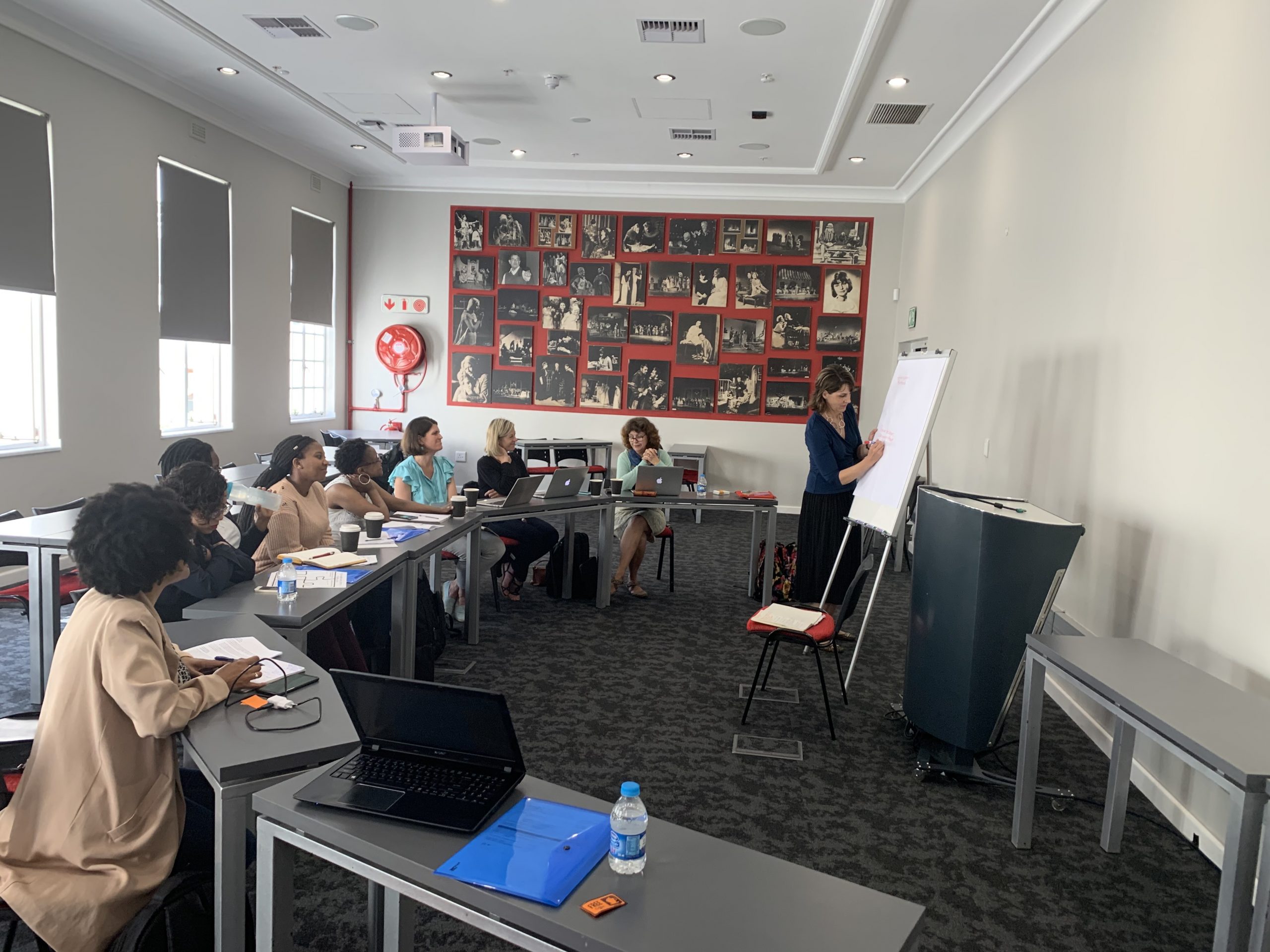 In addition to visiting art galleries to examine language practices in visual images, Wiseman spent some time in South Africa studying Apartheid and how schools worked to provide better opportunities for people of different cultures and language backgrounds to succeed in the aftermath.

“Even though that’s a different situation than the United States, we still have similar issues here with language and how children are educated and the power dynamics of language practices and policies in our classrooms,” Wiseman said.

As a result of the conference, Wiseman said many participants have already begun discussing future projects ranging from a collaborative analysis of research data to authoring publications and conducting studies.

Wiseman said that participants will continue to engage through online sessions to discuss research, present findings and collaborate across studies. She is also currently exploring ways to further develop the connection with Stellenbosch University through a potential study abroad program.