NC State College of Education Teaching Assistant Professor Parks Newby ’74, ’75MED had been a full-time faculty member for only one semester when two students asked him to serve as an advisor for the VEX-U Robotics club they wanted to start on campus.

The club began with three students last spring. It has grown to 19 students from at least three different colleges across NC State this semester.

“You don’t have to be in a specific discipline,” Newby said. “If you just want to play with robots, you can come be a part of the team.”

The team currently operates as a subset of the Technology Education Collegiate Association and builds robots for entry in national competitions hosted by the Robotics Education Competition (REC) Foundation. NC State’s chapter is the first college-based VEX-U Robotics team in North Carolina and the only known one in the country to be based out of a college of education, Newby said. 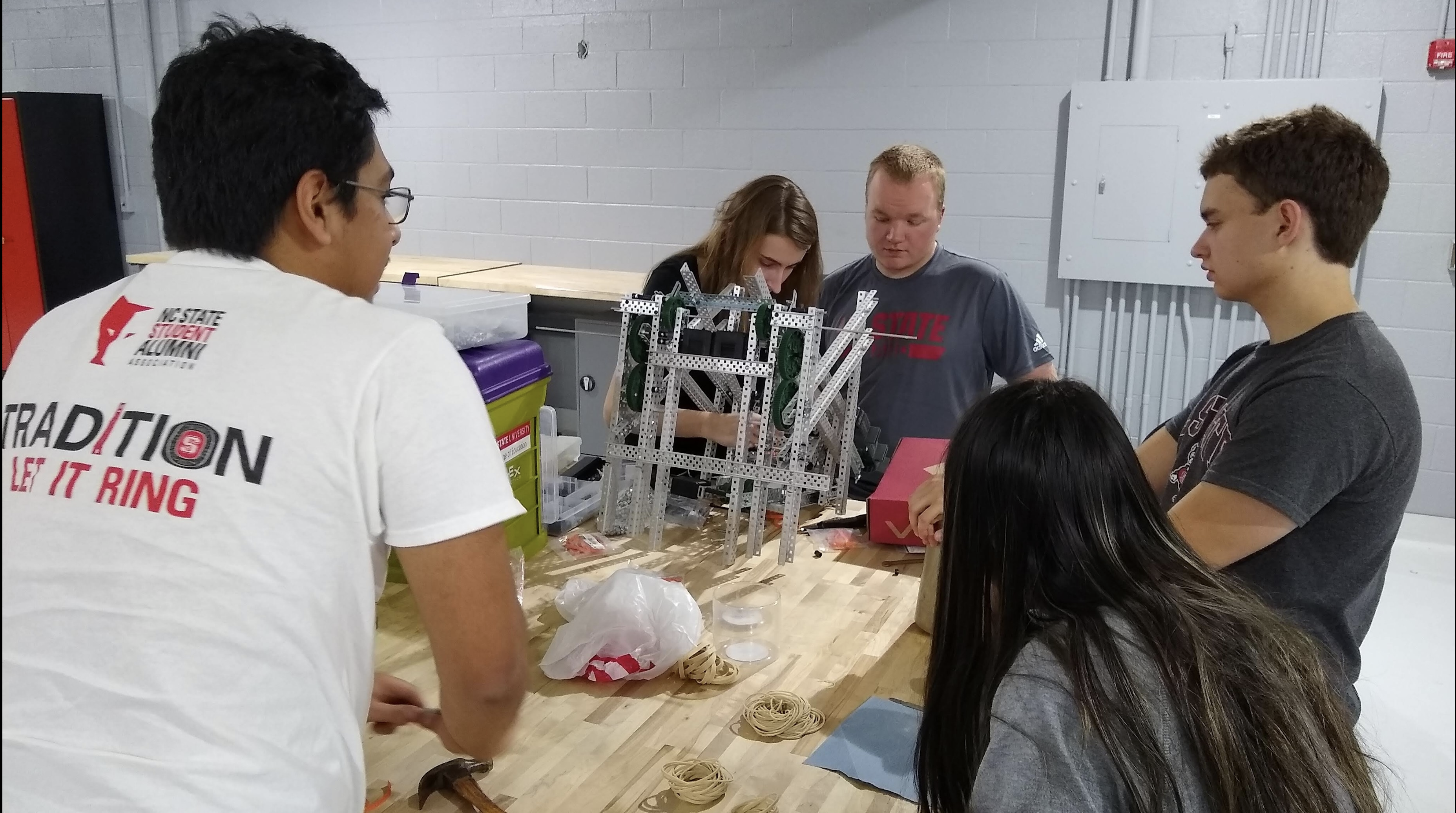 The club recently received a kit for a second robot through a grant from the REC Foundation for use in competitions, where NC State students often meet and mentor middle and high school students.

“The whole idea of the robotics competition is to have a way for kids interested in STEM subjects to stretch their goals and actually put into practice some of the things they’ve been learning in math and science to design and build a robot, then program it,” Newby said.

Through competitions, students in the NC State VEX-U Robotics club are able to serve as judges for middle and high school student VEX Robotics matches as well as meet and share ideas with younger students interested in STEM and demonstrate how they can take that passion further in college.

It was participation in VEX Robotics clubs in high school that inspired NC State College of Engineering student James Wittenborn to double major in electrical and computer engineering.

A member of Newby’s club since its inception, Wittenborn said he believes that VEX Robotics clubs can open doors for students interested in exploring STEM fields.

“I feel that VEX Robotics lends itself well to STEM education, as it is relatively cheap compared to other robotics leagues and it does not require any background in engineering. Anyone who is willing to learn a bit of programming and to work with their hands can design, build and program an entire robot on their own,” he said. 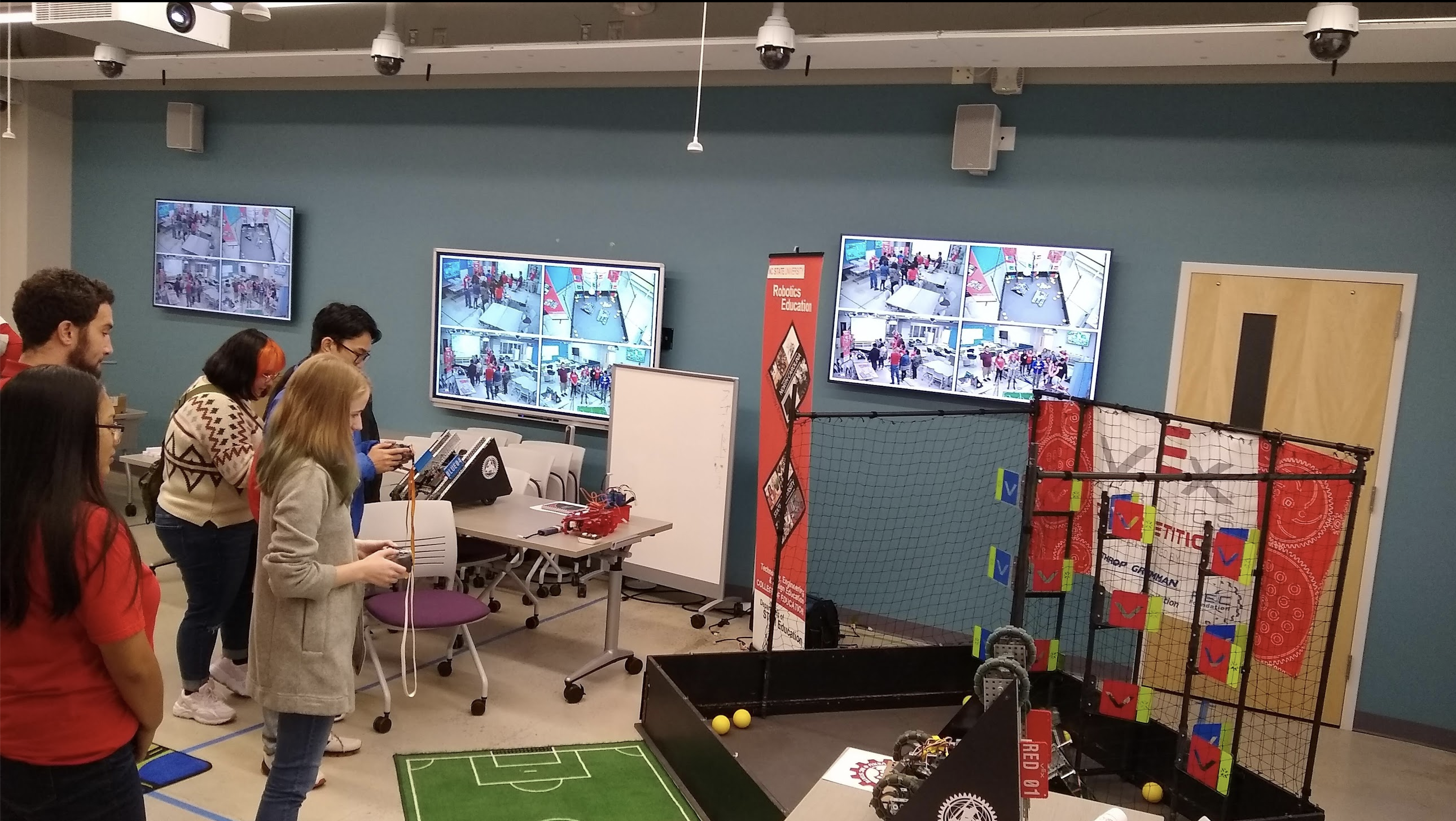 REC Foundation competitions are hosted worldwide and Newby said the team is hopeful that they will qualify to compete in the world finals, which will be held in April in Louisville, Ky. In the meantime, team members will spend two nights a week honing their STEM skills through participation in the club.

“These are college students who are willing to spend their Friday nights building robots. I think that says a lot about their dedication to the team,” Newby said.