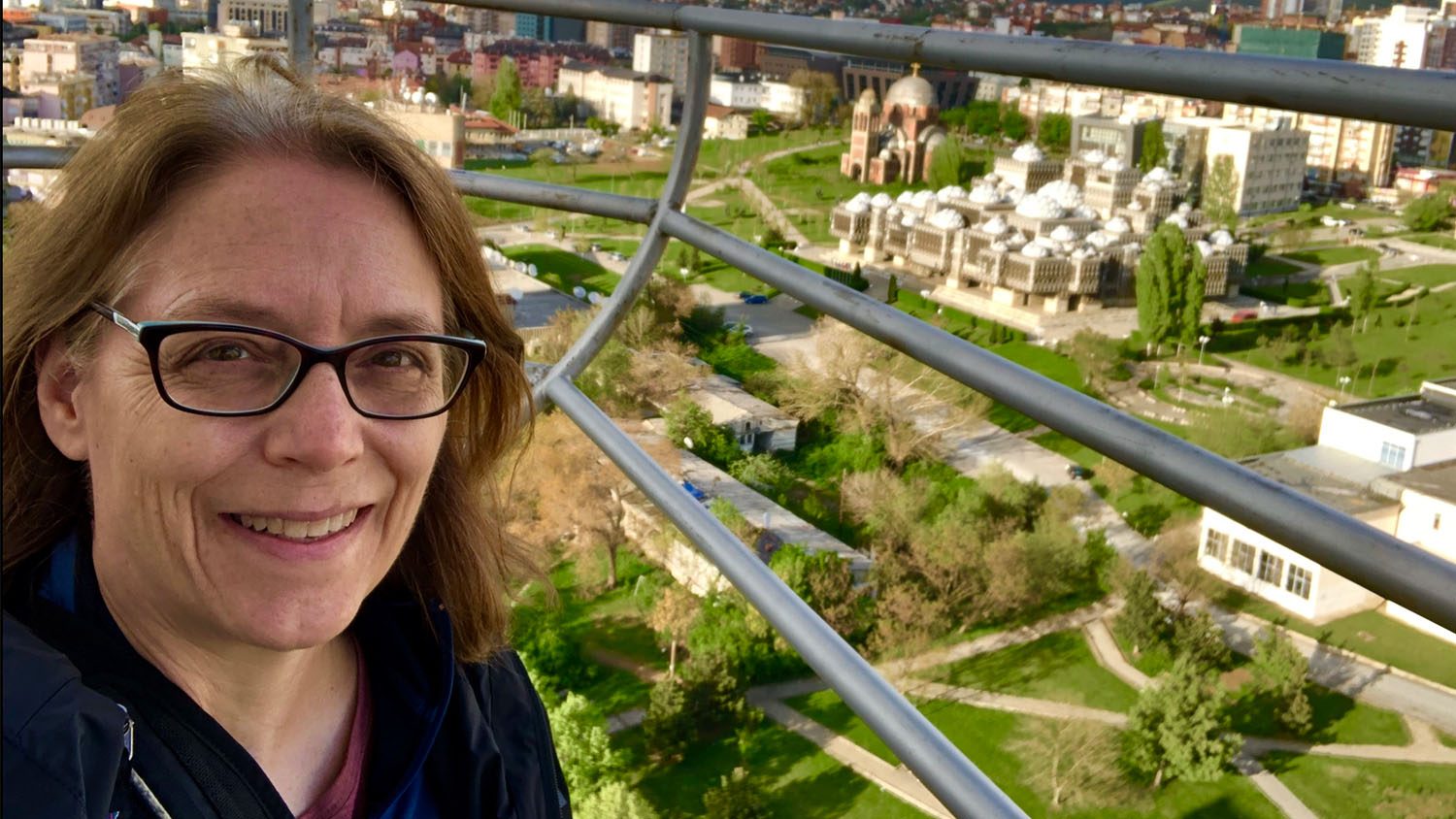 Diane Chapman, Ed.D., teaching professor at the NC State College of Education and director of NC State’s Office of Faculty Development, thought it would be a longshot when she applied to take a Fulbright Specialist trip to Kosovo.

The country’s only Islamic university, the Faculty of Islamic Studies, was looking for a specialist to help modernize their pedagogy; but they had requested somebody with experience at an Islamic school. Chapman took a chance in applying and was ultimately selected to spend two weeks in the city of Pristina.

“Being a Fulbright Specialist is a great way to have that global aspect to your career, to get to do something that’s meaningful and experience another culture or country in a way that you would never get to when traveling as a tourist,” Chapman said.

Fulbright Specialists join a program roster for three years and have the opportunity to accept two award trips during that time. Fulbright Specialist trips are shorter than those taken by Fulbright U.S. Scholars and typically last anywhere from two to six weeks.

Shortly after returning from her Fulbright Specialist Program trip to Kosovo, Diane Chapman, Ed.D., learned that she had been selected as the winner of the Wagner Award for Innovation in Distance Learning Administration for her work in the Masters of Education in Training and Development and Doctorate of Education in Community College Leadership programs at the College of Education.

The award recognizes a person’s development of innovative solutions to the challenges of distance education and was won last year by NC State College of Education Teaching Assistant Professor Michelle Bartlett.

“I felt very honored because it was a nomination from peers and students,” Chapman said. “I think something like that, especially when you hear from students, it makes you appreciate that maybe you do make a difference, and having the ability to stop and recognize that just made me feel wonderful.”

During her time at the Faculty of Islamic Studies, Chapman conducted workshops on a variety of topics, including teaching with case studies, incorporating research into teaching, designing courses, competency-based grading practices, writing effective student learning objectives and classroom assessment techniques.

Although many of the Kosovian faculty spoke at least some English, Chapman worked with a translator to deliver workshops in Albanian and to make sure things were presented in a way that prevented concepts from being lost in translation. It was a practice, she said, that occasionally faced challenges when technical ideas were being discussed.

Many students in Kosovo learn English, and students in the Islamic high school dormitory that Chapman stayed in during her trip would come to her room several times a night to practice their conversational skills and learn about life in the U.S., she said.

“Some of the most memorable experiences were just going down to dinner and eating with all the high school girls in the cafeteria,” she said. “I feel like by staying in the dorm and eating in the dorm, I really got an idea for what people in Kosovo are like, what they eat and what they talk about.”

Chapman said other experiences that will stick with her are the opportunity to visit a mosque during a call to prayer and her visit to Prizren, an Kosovian city left largely untouched in the country’s war with Serbia.

Although Chapman said she would like to take another trip, she also hopes to continue building the relationships she developed in Kosovo and is investigating the possibility of creating online opportunities to facilitate that.