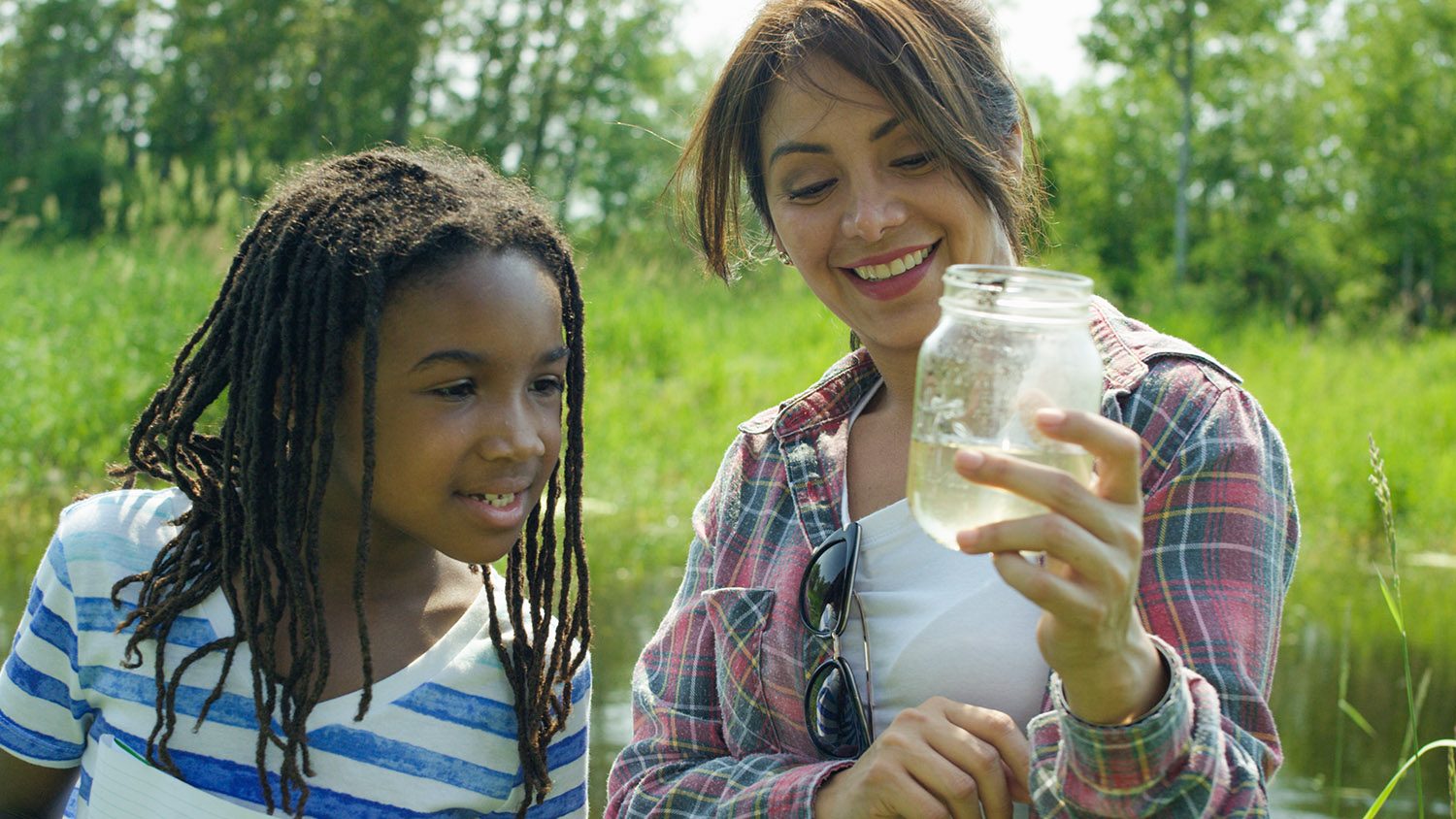 Editor’s Note: Sarah Carrier, Ph.D., an associate professor in the NC State College of Education and an NC State Alumni Distinguished Graduate Professor, is a co-author on this study.

In a new study, North Carolina State University researchers found that an outdoor science program was linked to higher average science grades and an increase in a measure of science knowledge for a group of fifth grade girls in North Carolina.

The findings, published in the International Journal of Science Education, indicates outdoor education could be a promising tool to help close gender gaps in science.

“The outdoors is a space where teachers can find tangible ways to make science come alive,” said the study’s lead author Kathryn Stevenson, assistant professor of parks, recreation and tourism management at NC State. “The natural environment is also a place that everybody has in common. In a way, it’s also a great context for employing reform-based teaching practices like hands-on, inquiry-based learning or group work. These practices can be good for all students, but they may be particularly good for reaching students who aren’t as well-served in classroom settings.”

The researchers studied the impact of an outdoor science education program called Muddy Sneakers on fifth graders’ science grades and knowledge of, and attitudes about, science. Fifth graders from western North Carolina attended between six and 10 days of Muddy Sneakers during the 2016-2017 school year. They had science lessons in nearby natural areas, including state parks and school grounds. Outdoor lessons followed the standard course of study for science through hands-on activities, hikes, science journaling, nature exploration and reflections.

Researchers compared the performance of 237 students who learned about science in the classroom to 403 students who participated in the outdoor program. They compared students’ grades – which were provided by their teachers – and also used surveys to evaluate students’ knowledge about how science works and their feelings about science.

When researchers evaluated students’ science grades by gender, they saw that girls who participated in the outdoor science program maintained their science grades on average, while girls’ average grades in the traditional science classes dropped. They also saw that participation in the outdoor program helped girls learn more about how science works on average, but traditional classrooms did not.

Boys in the outdoor and traditional class settings had fairly stable science grades on average and saw similar gains in knowledge of how science works.

The researchers reported their findings for girls was consistent with research that shows that girls start to disengage with science around age 10. The outdoor program could be providing a learning context that is different than those that enforce traditional gendered narratives about science and science learning, they argued.

“Outdoor education seems to be one of those contexts that helps everyone learn, but it may be really, really helpful for some students in particular,” Stevenson said.

When they evaluated ratings of self-efficacy, which is students’ confidence in their own science ability and interest in the field, they found boys’ and girls’ ratings actually declined on average.

The researchers argued that the measure of science efficacy may be missing an important component that could be more important for encouraging long-term interest in science: an attitude of persistence despite failure. It could be that the results captured that the students were less likely to see science ability as an innate talent rather than the product of hard work.

They also say the outdoor program could have been a new challenge for students. That might explain why students were less confident in their science ability after the program, but still showed gains in science grades and knowing how science works.

“A good combination for students to sustain success is – you need them to learn, but you need them to feel comfortable with not knowing it all,” Stevenson said. “While self-efficacy dropped, achievement was stable.”

Note to authors: The abstract follows.

Abstract: Although gender gaps associated with K-12 science achievement have narrowed significantly, gaps in science engagement and efficacy in childhood likely explain why women remain underrepresented in science careers. Early intervention programs may address root causes of gender gaps in science careers. Outdoor science education (OSE) is one understudied but promising strategy, that provides ample opportunity for reform-based instructional practices that may benefit girls, including girls of colour. Using a pre–post, treatment-control quasi-experimental design, we evaluated how an OSE program differentially impacted the science grades, science knowledge, and science self-efficacy of fifth grade girls versus boys (n = 640). We found the OSE treatment increased knowledge and maintained science grades for girls while grades fell for girls in the control group. We also found that science self-efficacy decreased for both boys and girls in the treatment group. We did not detect direct or interaction effects of race on science outcomes. Research suggests OSE may help students associate science learning with challenge, which may help explain the decrease in self-efficacy coupled with the increase in achievement for girls. We suggest future research continue to investigate how OSE can benefit all students, including those who may become disengaged with learning in traditional classroom settings.

This story originally appeared on the NC State News website.