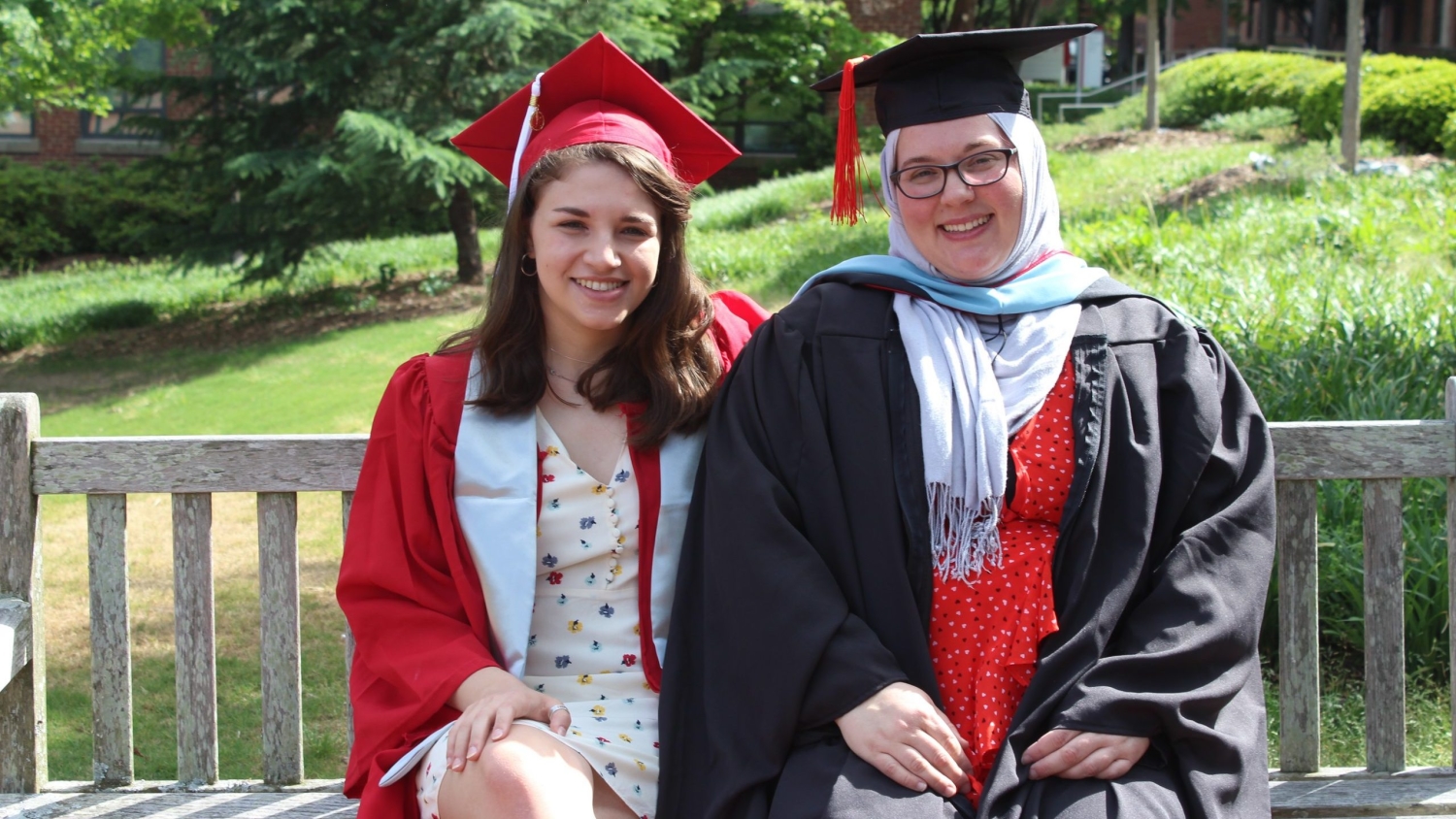 NC State alumna Shanna Darwish had finished her bachelor’s degree in just three years, eager to graduate, get married and start a family. More than 20 years later, she’s graduating from the university again, this time alongside her daughter.

Sara grew up hearing stories about studying in D.H. Hill Jr. Library and hanging out on the Brickyard, so she already felt rooted in the Wolfpack when she enrolled in August 2016.

“NC State was what I knew of college,” Sara said.Shanna spoke about her time at NC State with such affection that Sara knew she wanted to immerse herself in everything the school offered. She helped edit Technician, hosted a show on WKNC Radio and was president of Model UN.

“I always knew I wanted to get involved on campus,” Sara said. “All the fond memories she spoke about, all the quintessential things. I was really influenced by her experiences as an undergrad.”

Shanna said it was thrilling seeing her daughter take advantage of every opportunity.

“Her doing so many things really inspired me,” Shanna said. “I was like, ‘Wow, she’s really making the most of her experience while there.’”

When she decided to return to NC State in 2018, Shanna said she wanted to do the same and soak up the experience.

While most of Shanna’s classes in the New Literacies and Global Learning program were online, she still grew close to her cohort. She was touched when a professor invited the class to dinner.

For two years, Shanna and Sara would do schoolwork together at home, motivating each other both as family members and fellow students.

“We were supporting each other more at home to get ourselves over the finish line in terms of whatever projects or assignments we were working on,” Shanna said.

Shanna teaches fourth grade at Al-Iman School, which is blocks away from NC State’s campus. Between working, studying and parenting, Shanna relied on Sara’s help. Sara is the oldest of five children. Summer, the second-oldest, is a freshman at NC State. The three youngest Darwish siblings are 10-year-old triplets.

Sara lived at home and was able to watch the triplets when Shanna had to attend class. And seeing her mother juggle her responsibilities inspired Sara to work harder.

“Seeing her work, study and raise a bunch of kids was really illuminating,” Sara said.

The mother-daughter duo juggled classes, internships and jobs, as well as fun: Sara attended the Technician’s 100th anniversary gala and rushed the Belltower when the men’s basketball team beat Duke in February. Shanna ran the Krispy Kreme Challenge and took the family to sporting events and Packapalooza.

They’re crossing the finish line together, but graduating during the COVID-19 pandemic feels surreal, both Sara and Shanna said.

“I don’t think it’s going to set in until classes are over and finals are over,” Sara said. “This is when my friends and I were supposed to be doing last traditions on campus. It doesn’t feel like we’re graduating.”

Shanna was particularly looking forward to her and Sara’s commencement ceremonies in May. Shanna didn’t walk the stage for her undergraduate graduation, but she wants to this time.

“Graduation will be a little sad,” Shanna said. “I think when you have five kids and you’re my age, you’ve gotten the idea that you have to go with the flow and roll with the punches.”

And they know they’ll be part of the Pack for life.

“Everybody always says this no matter where they go to school, but NC State really is a special place,” Sara said. “It’s something I’ll always cherish, four years and always having that sense of community.”