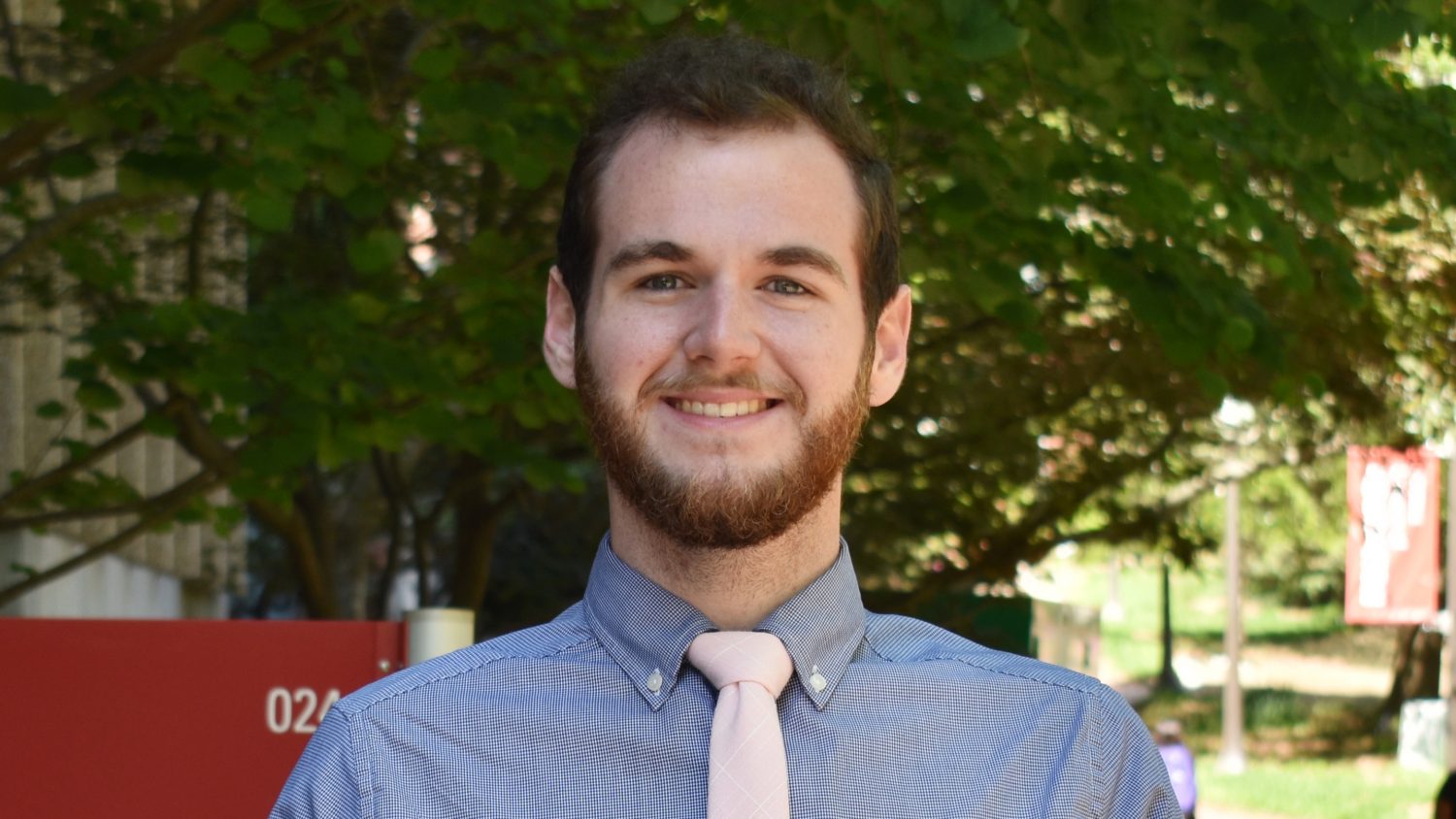 Mason Taylor, a technology, engineering, and design education major from Mount Airy, North Carolina, will deliver the Charge to the Undergraduate Students during the May 2019 NC State College of Education’s graduation ceremony. After graduation, he will teach and launch the technology, engineering, and design program at Green Level High School, which opens in August 2019 in Wake County.

He shares how a required course housed in the College of Education changed his career path from engineering to education. The following as-told-to is edited from an interview.

I came to NC State to be a mechanical engineer. I had the idea in the back of my mind that I might like to teach someday, but I wanted to get my degree, establish my career, then explore the idea of teaching later in life.

As part of my engineering coursework, I took Foundations of Graphics, a class taught in the College of Education’s Department of STEM Education but intended for students of all majors to learn how to use computer-aided design to analyze and create everyday objects. I really enjoyed the class, my instructor Shelley Glimcher [a doctoral student in the STEM Education program area of study Technology, Engineering, and Design Education], the environment, and the people I was around.

The course was better than any other class I had taken so far in engineering. The coursework was almost entirely hands-on, practical knowledge; and it was interesting. If an introductory course could be that interesting, I wondered what being part of the upper-level courses that followed it would be like.

Then I got to my first internship. I knew immediately that the environment was not for me. I kept asking myself, “Why should I be one engineer behind a desk when I could inspire a thousand that could go out and change the world?”

I realized I longed for the impact which only being an educator can have on the world.

After that internship — and very little deliberation — I joined the ranks of my favorite teachers, including Shelley Glimcher, and transferred into the College of Education.

It was not a hard transition; it felt like I was right at home. The hardest part was not coming into it as a freshman. The College of Education had so much to offer, and if I had started sooner, I would have been able to do so much more. The question I asked myself then became, “How can I be the most effective teacher that I can be?”

I immediately got involved in the college as much as I could. I became a student ambassador, joined the Technology and Engineering Educators Collegiate Association (TEECA), and started talking to my professors to get to know them and learn about their work.

One of those professors, Dr. Cameron Denson [associate professor in the Department of STEM Education], invited me to join his team as an undergraduate researcher on an e-mentoring project. I helped with research tasks and designed the graphic for the final proposal that was submitted to the National Science Foundation. We recently found out the project was awarded $1.2 million to implement it.

Dr. Denson also helped me as I worked on curriculum development for multiple different entities like Engineering By Design. Later, Dr. Daniel Kelly [former associate teaching professor n the Department of STEM Education] gave me opportunities to create my own lesson plans for SAS Curriculum Pathways.

There is no way I would be where I am at without the opportunities provided to me by the College of Education. NC State is a large institution known for its research, so being a graduate of the NC State College of Education carries a lot of weight. People look for us, and the opportunities I have experienced during my time here have been what has prepared me to go out and make my impact.

I would not be able to take over a program by myself as a beginning teacher had I not developed a curriculum already or been in the classroom since my sophomore year. I would not know how to challenge my students if I had not spent a semester in a local high school as a student teacher with the freedom to redesign lessons for seniors in a design academy.

Everything starts with education.

I had a student ask me: “Mr.Taylor, why did you want to teach? You know everything about engineering, so why be a teacher?” I responded: Because I want to change the world.

–As told to Leah Jarvis