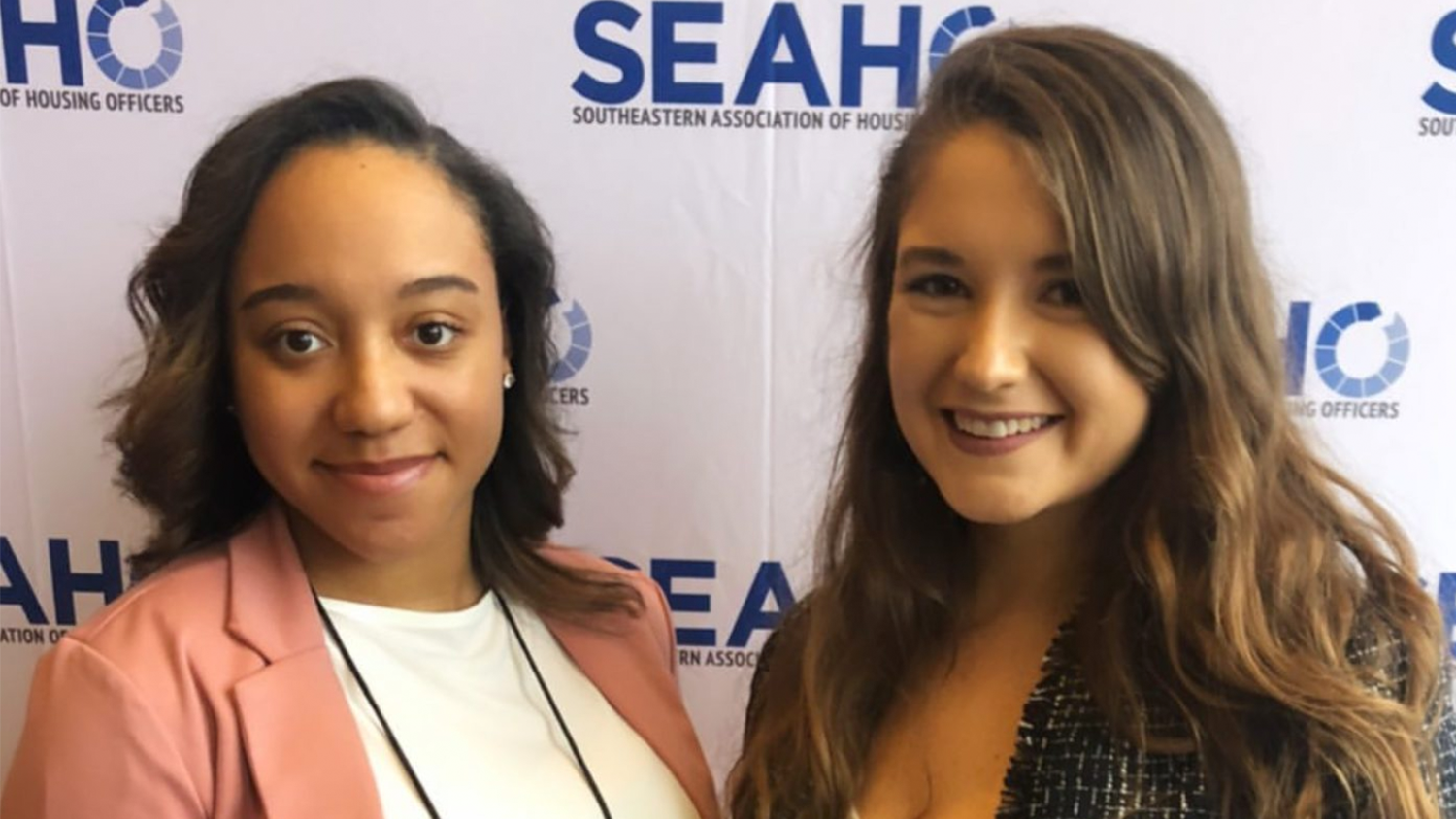 Ileana Garcia was named “Outstanding Graduate Student” and Curtis “CJ” Jackson was named “Outstanding Mid-Level Professional.” Garcia is the residence director for Sullivan Hall and is in the higher education administration master’s degree program within the College of Education. Jackson is the assistant director for East Campus, overseeing operations within 10 residence halls. In addition, Meghan Luzader, interim director of residence life, served as volunteer co-chair for the conference.

This story originally appeared on the Academic and Student Affairs website.