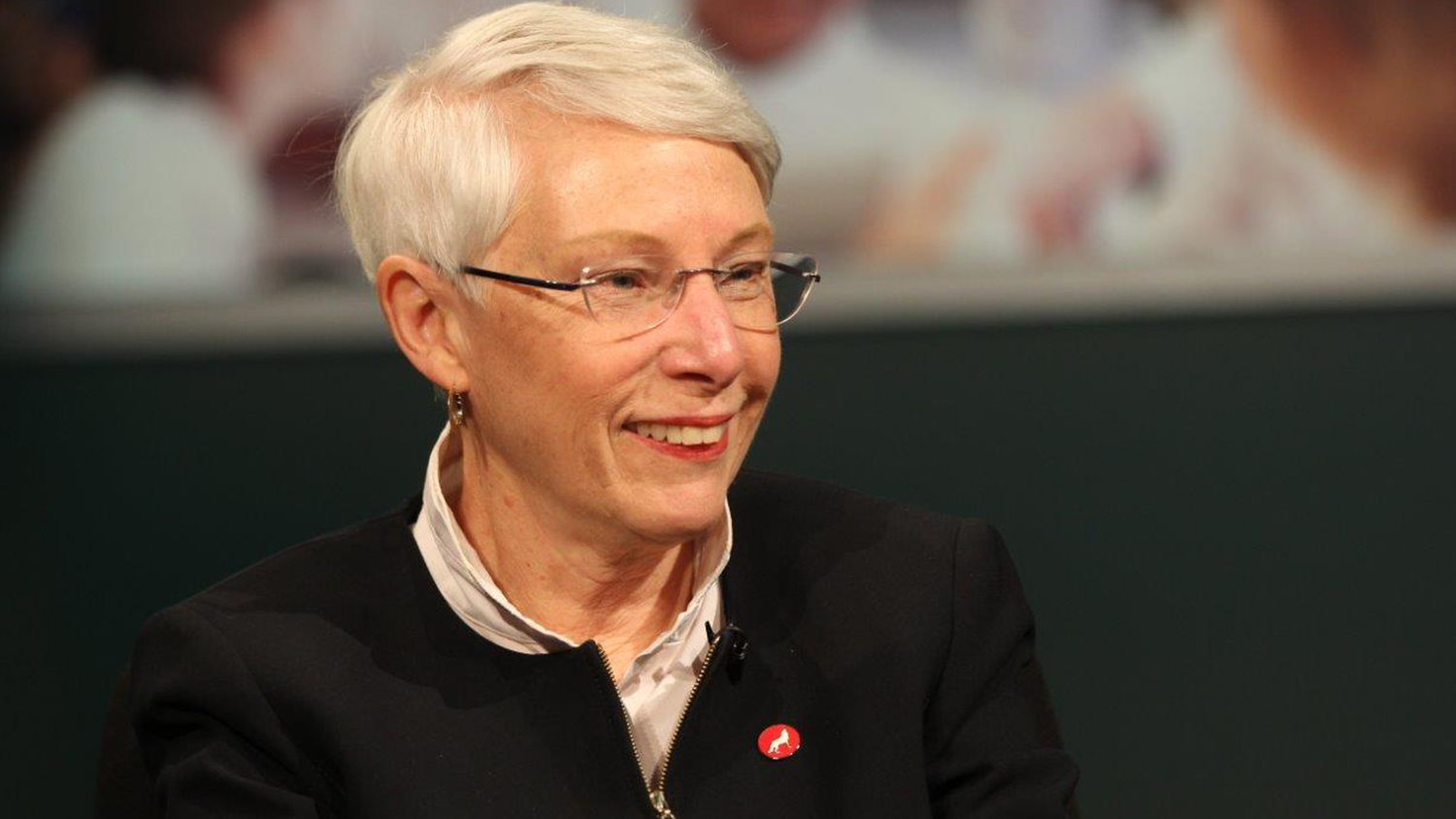 
A look back at Mary Ann Danowitz's tenure as dean of NC State's College of Education.

When Mary Ann Danowitz, D.Ed., became the dean of NC State’s College of Education in April 2016, she set out to bring the college’s faculty, staff and students together as a community to advance their vision to improve educational success in North Carolina and deepen their collective impact so all children and families across the state have a chance at a better life.

Since then, the college has undergone unprecedented growth. During Danowitz’s five-and-a-half years as dean, the College of Education has increased its student enrollment, national rankings and philanthropic investments. The college has also intensified its research enterprise and efforts to advance diversity, equity and inclusion and prepare culturally responsive educators.

In the past few months alone, the college has announced its 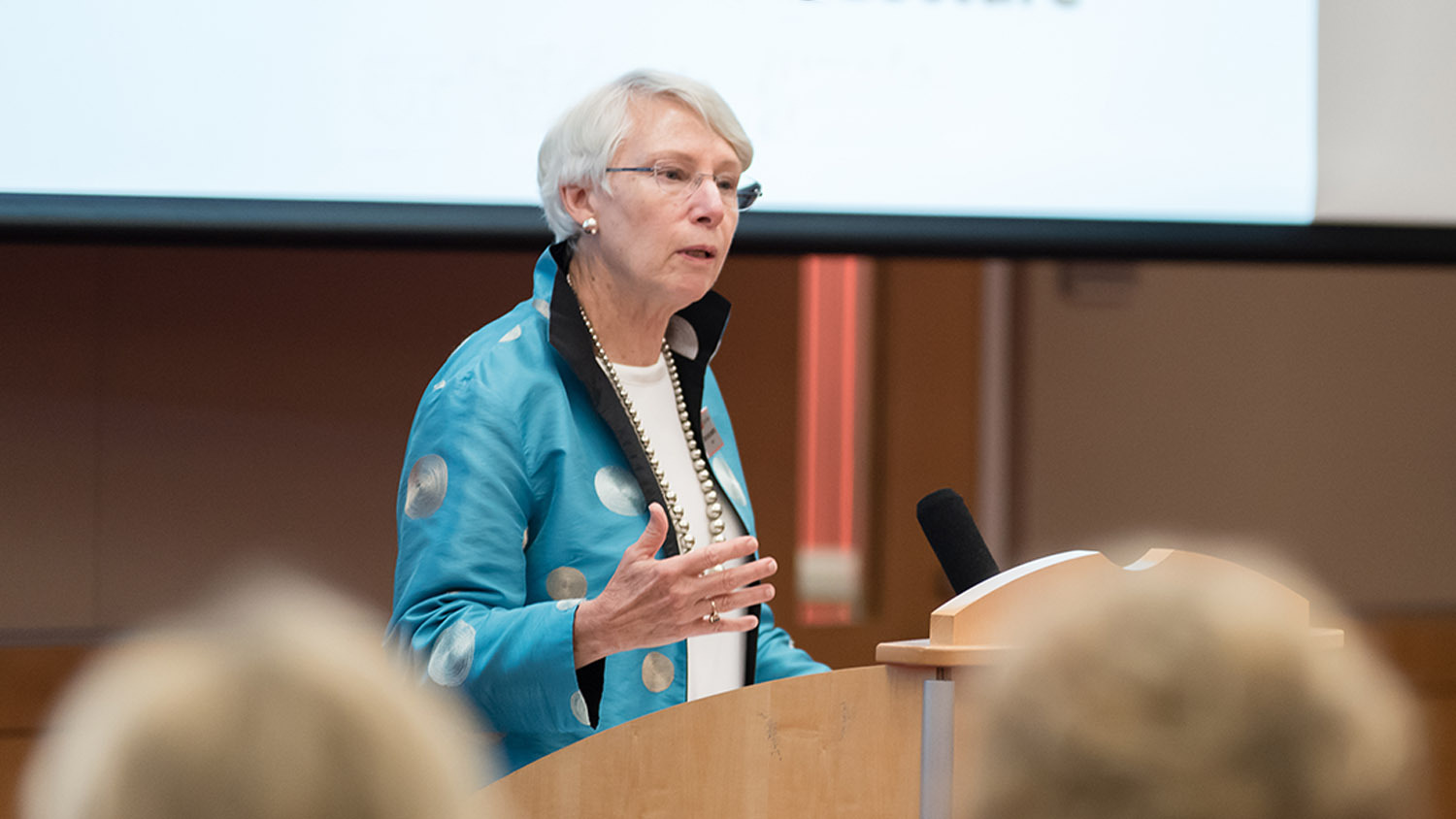 “The Highlight of My Career”

Mary Ann Danowitz, D.Ed., reflects on her time as the dean of the College of Education in this interview.

On Oct. 4, Danowitz will step down as dean and return to the faculty in the college’s Department of Educational Leadership, Policy and Human Development, where she was the department head before serving as interim dean and then dean.

“I’ve been fortunate to have a long career in higher education — five decades now,” she said. “As I look back as well as look ahead, the role and responsibilities of dean have been the highlight of my career. But I don’t think about what I’ve done. I think about what we have done as a college and what it means to lead a group of highly motivated, talented, capable people.”

The time is right to step down as dean, she adds, because “the college is in a great place … and I do not believe that there could be any organization that has more dedicated and talented faculty and staff who believe in what they do.

“Now is a good time for someone else to come in and take the college to the next level.”

Paola Sztajn, Ph.D., will serve as interim dean of the College of Education beginning Oct. 5 while NC State conducts a national search for the college’s next dean. Szatjn is professor of mathematics education in the College of Education and a special assistant in NC State’s Office of the Executive Vice Chancellor and Provost who had previously served in the college as associate dean for research and innovation and as head of the Department of Teacher Education and Learning Sciences.

Below are highlights of five things that the College of Education accomplished during Mary Ann Danowitz’s tenure as dean.

“At a time when colleges of education have had a tough time attracting and keeping students, Dean Danowitz has kept us competitive and helped us bring a bright, capable, and diverse student body to State’s College of Education,” Ward says. “That’s not just good for the university; that’s good for the state and nation, as our graduates have such a profound impact on kids, families and communities.”

Over the past five years, research expenditures* within the College of Education have increased by 39%, the highest five-year increase across all colleges at NC State. In 2020-2021, the college’s research expenditures exceeded $18 million. That is the most of any college of education in North Carolina and more than double the next school in the state, and stands among the Top 6% among all colleges of education in the nation.

As of September 2021, the College of Education’s faculty, staff and research associates, including those at the Belk Center for Community College Leadership and Research and the Friday Institute for Educational Innovation, were engaged in 121 active research projects supported by more than $85 million in external funds.

“Some of the things that I’m especially proud of are the fact that we have intensified our research so that we can really apply the most current knowledge that solves educational problems in North Carolina, which are the same problems that exist across our country,” Danowitz says. “Our research goes right into the classrooms, community colleges and communities to strengthen them.”

*Research expenditures refer to the amount of funds spent to conduct research, and it’s most often used to measure research activity in comparison to others.

View photos of Mary Ann Danowitz, D.Ed., during her tenure as dean of the College of Education.

“Dean Danowitz led us in ways that grew the respect of our College of Education across the state and nation, helping draw high rankings and high praise for the college and our programs and attract and retain some incredibly capable scholars and practitioners,” Ward says.

The College of Education received $14,006,877 in gifts and new commitments in 2020-2021—the highest amount in philanthropic investments the college has received in a single fiscal year since records have been kept. The previous high in philanthropic investments of $13.4 million was set in 2017-2018 when the college celebrated its 90th anniversary, also under Danowitz’s leadership.

Gifts in 2020-21 included $7.25 million from the Anonymous Trust to establish the Transformational Scholarships Program and prepare 100 teachers for counties in Eastern North Carolina with fewer resources but greater needs. That is the largest gift the College of Education has received for student scholarships since records have been kept, and among the largest of its kind ever awarded to any college of education in North Carolina to prepare teachers.

Because of the increase of donor support, the college has been able to increase the amount of assistance it provides to students through scholarships and other direct support. In the past three years, for example, the college’s annual support for students has increased 99%, or from $539,000 in 2017-18 to over $1.07 million in 2020-21.

“I’m very proud of our work to increase philanthropy to support our students, especially to increase our scholarship support for them,” Danowitz says. “I believe focusing philanthropy on increasing scholarship support for students was the right decision because when we talk about student success, when we talk about going into education, it’s all about access and equity — and funding is an important part of that.”

As aligned with NC State’s Wolfpack 2030: Powering the Extraordinary strategic plan that calls for the university to “champion a culture of equity, diversity, inclusion, belonging and well-being in all we do,” the College of Education has intensified its efforts to build a more diverse, inclusive, and supportive community — both within the college and in the field of education. In summer 2020, the college formed a task force for advancing diversity, equity and inclusion to identify additional strategies and actions the college can take to intensify its efforts in those areas and to become an anti-racist college.

Faculty and staff are also working with partners to prepare more culturally responsive educators, diversify the education workforce and create more affordable pathways to become an educator. Initiatives and programs started in recent years include the Leadership Institute for Future Teachers (LIFT), We Teach for NC cultural immersion spring break trip, and NC State Education Scholars. New pathways include a dual enrollment program for an Associate in Science (Teacher Education Concentration) degree between Johnston County Public Schools, Johnston Community College and the NC State College of Education, as well as Pathway to Practice NC, a joint, online licensure program with UNC-Chapel Hill’s School of Education for people who have been hired to teach in North Carolina schools but haven’t yet been fully certified to work in classrooms.

“One of the other most significant steps our college has taken in the last couple of years has been to make a commitment to be an anti-racist college,” Danowitz says. “That means putting equity at the center of educational success. It recognizes that poverty and race have been barriers that have hindered some students and families from achieving lifelong success, and we must work diligently and urgently to advance diversity, equity and inclusion so all students and families have the opportunity to thrive.”