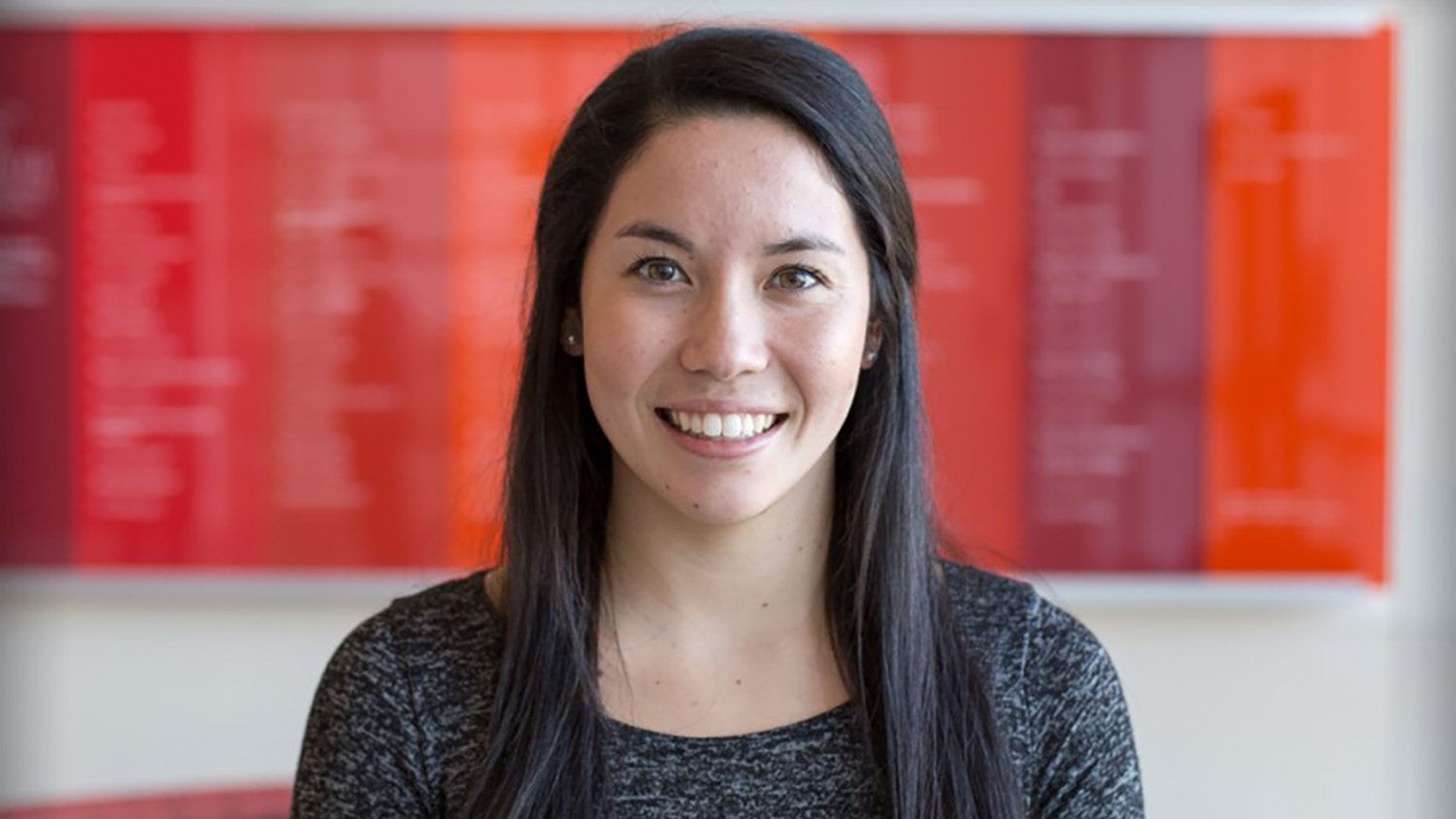 Melissa Goto’s family always seemed to know what her future would hold.

Two of her grandparents were educators, then it skipped a generation in her parents. Yet, both she and her family knew who the next educator would be.

“Growing up, my family always said I’d be a teacher,” Goto said. “I’ve always wanted to do it, and I haven’t really strayed from that since.”

Goto admits she was a bit on the “bossy side” growing up. Her parents took it as a sign of a future leader, and encouraged that leadership. When she received a teacher play kit in second grade, Goto would play school with her siblings, and she was always the teacher. As she continued to grow, her parents encouraged her communication skills, enthusiasm and “take-charge” attitude.

And it paid off. She is graduating in May with a degree in elementary education, following a successful student teaching experience this year in Wake County Public Schools.

Goto feels ready to lead and pursue her goals to continue teaching in Wake County, thanks in part to the Moshakos Family Teacher Education Scholarship. With some of the financial burden of college lifted thanks to the scholarship, she had the opportunity to cultivate her interest in leadership.

What’s more, receiving the Moshakos Family Scholarship made Goto feel valued and supported by the university.

Goto admits she grew up a Tar Heel fan and always thought about attending the University of North Carolina at Chapel Hill. As she investigated both universities during her senior year of high school, Goto discovered NC State was a better fit.

“I was really impressed by NC State’s College of Education,” Goto said.

What attracted her most was the opportunity to begin getting hands-on experience during her sophomore year, she said. In NC State’s elementary education program, field placements begin at that time, which is earlier than many universities, she said.

As Goto learned more about NC State, the university’s support for its students and the wide range of enrichment opportunities outside the classroom also attracted her.

Her plans to go into education began with a desire to make a difference in other people’s lives, she said. Now that she’s had some firsthand experience, it’s also about being able to see the impact she can make on students’ lives both academically and outside the classroom.

“At NC State, I’ve had so many different internships,” Goto said. “I feel like I’ve found the school that I want to teach at next year.”

She’s already putting that practical experience to work, filling in as a long-term substitute for the rest of the school year for a teacher who had to leave her position.

After working for a few years, Goto’s goal is to attend graduate school and work toward a degree that will allow her to take on a leadership role in education, possibly in higher education.

Her time at NC State has already instilled many of the skills she’ll need in the classroom and in her future plans.

“The scholarship really does make a difference,” she said. “I know that not every donor always gets to see the benefits.”

She said she’s been fortunate to meet the Moshakos family on several occasions.

“I feel like it’s rewarding for them to see, as a donor, what their money is going to,” Goto said. “And, also to know that it’ll affect us forever.”

News, Our People, Research and Impact

Growing up in Pachuca, Mexico, doctoral student Regina Ayala Chavez ’23PHD was introduced at an early age to pro-environmental behaviors. That early introduction inspired her to dive deeper into climate change when she enrolled in college. Now, she has been selected as a 2021-22 Southeast Climate Adaptation Science Center Global Change Fellow.

Doctoral student Kathryn Rende was selected as the People’s Champion during a Shark Tank-style pitch competition at the annual AERA conference for their project that aims to examine how engagement in scientific research impacts students’ agencies for using science to address climate injustice.