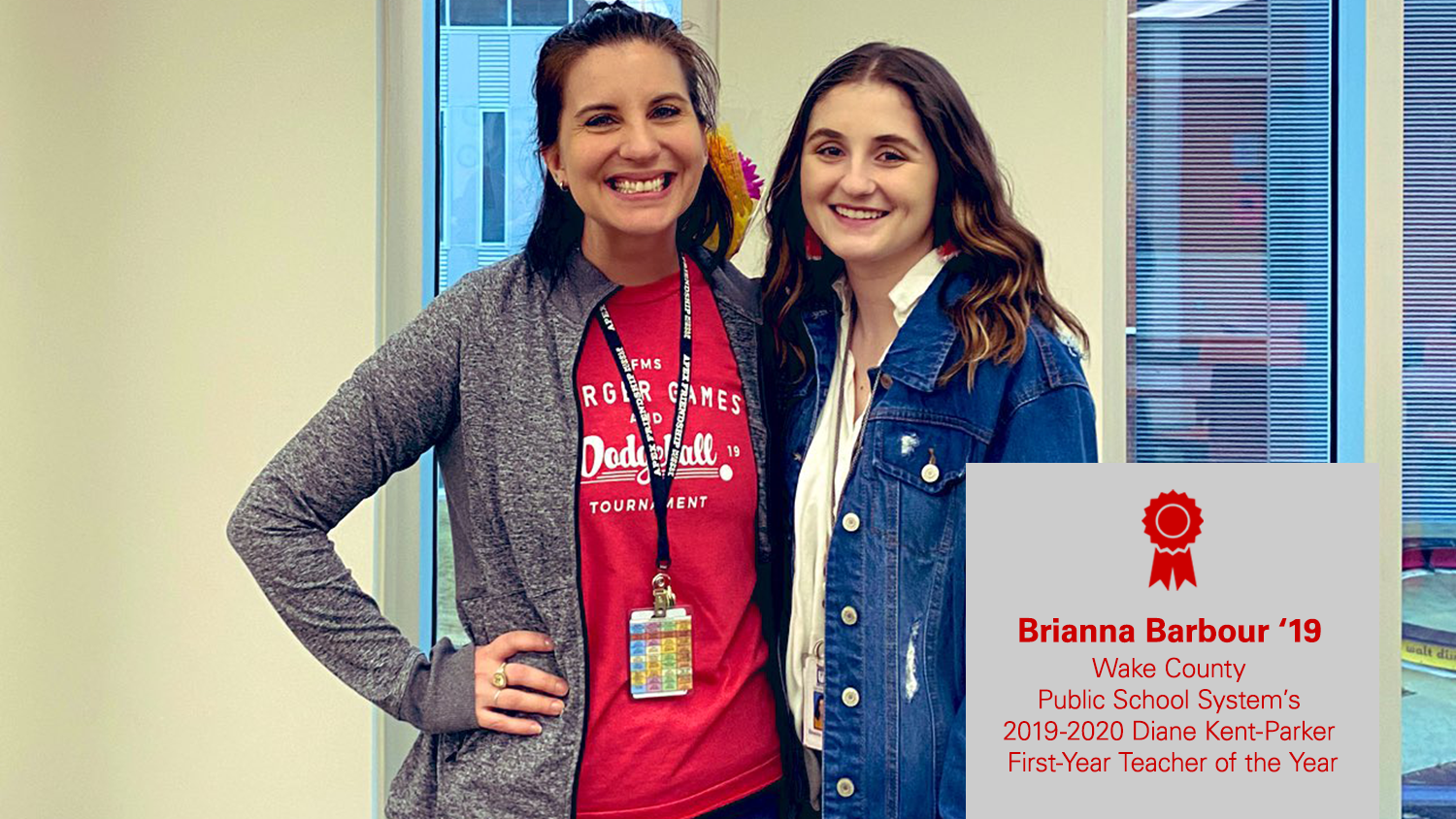 The speech, by Latin American civil rights activist Cesar Chavez, was long, about 12 pages. Brianna Barbour ‘19 knew it was a lot for her Apex Friendship Middle School students, but the subject matter was important. So, she split her seventh-grade class into groups, each one assigned to read a separate part and present what they learned to the class.

She’ll never forget how one of her students, who normally sat off to the side, approached the lesson.

Most of the time “it was really hard to get him engaged in whatever we were doing,” Barbour said. But not that day. With a background similar to Chavez, the student took giving his unique perspective on the speech seriously.

The sense of purpose he felt that day is central to Barbour’s approach to teaching and one of the reasons she was named one of the Wake County Public School System’s 2019-20 Diane Kent-Parker First-Year Teachers of the Year.

The award is given to teachers who are recognized for “navigating the challenges of a new job with grace, skill and confidence.”

In her application essay, she not only wrote about giving students purpose, but also giving them control of their own learning and being willing to teach outside of the box.

“As a first-year educator, I want to try new things all the time,” Barbour said. “So being confident in my own practice and still doing that was another thing I talked about too.”

The day she was surprised with the award, Barbour remembers her co-teacher walked in and told her: “Get ready.”

“What do you mean get ready?” Barbour said. “And then I looked down the hallway and there was a guy with a big camera, and then I kind of knew what was going on.”

It took a second for it to sink in.

“I was excited, but I was kind of surprised,” she said. “I’m just there to take care of my kids, and I’m there to be their teacher and to be that person for them. It was really humbling.” 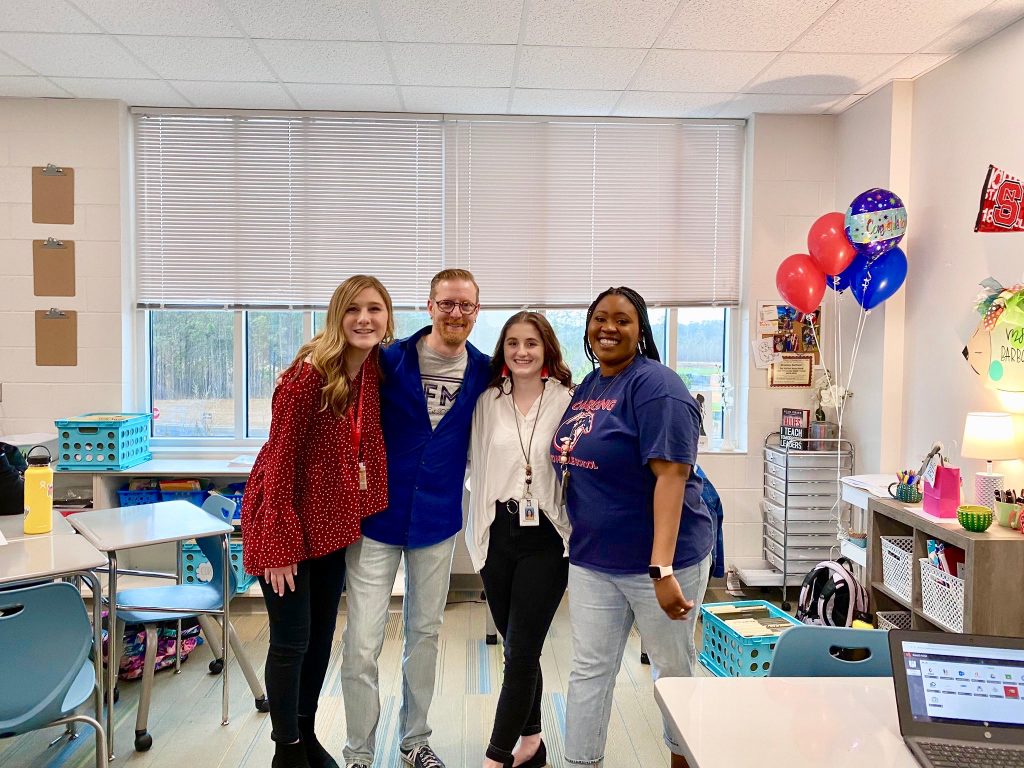 Barbour said the NC State College of Education prepared her to be an award-winning educator.

The College of Education “really stressed the importance of building relationships with your kids,” Barbour said. “When I first started, I kind of thought it was going to be all about content and teaching practices and getting from point A to point B.”

But her understanding of what it meant to be a teacher expanded during her time in the college.

“You’re not going to get anywhere with the teaching if you don’t have that relationship with a student,” she said. “They really prepared me in that sense of really driving that point home and instilling that belief in me that relationships and grace have to come first before content.”

Putting her students first has made all the difference. The day her seventh-graders read Cesar Chavez’s speech, she remembers walking past the normally quiet student who took charge of his group. She overheard him encouraging his students to take the project seriously, and she also heard him say: “I want Ms. Barbour to be proud of me.”

NC State College of Education Passport to Success scholars must complete activities that fall into four separate categories — global knowledge, cross-cultural skills, community engagement and professional development. At the program’s culminating celebration, eight undergraduate students presented on the work they have accomplished over the past few years.

Faculty and researchers at the NC State College of Education, including the Friday Institute for Educational Innovation and the Belk Center for Community College Leadership and Research, were awarded $3,927,703 to support 13 projects from Jan. 1 to March 31, 2021.