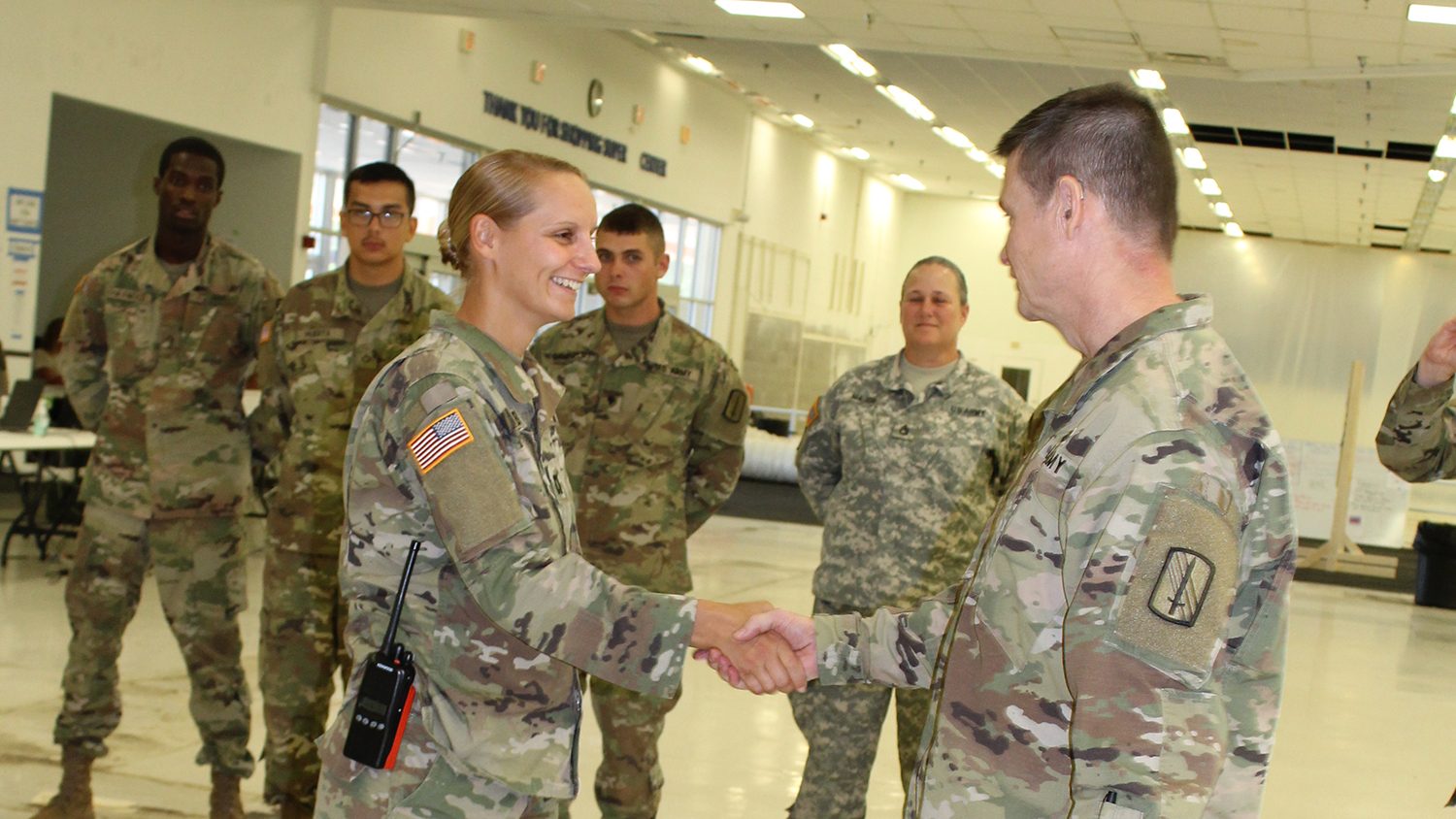 When Hurricane Florence made landfall in Wilmington on Friday, Sept. 14, Mary-Lynn Kebker ’17MED had been back in North Carolina for only a day. The N.C. Army National Guard captain had been in Texas for required training, and she was looking forward to making her first visit to a group of beginning teachers she signed on to coach this academic year.

When she’s not activated with the guard, Kebker serves as a literacy coach for Wolfpack WORKS, a pilot initiative between the NC State College of Education and the N.C. Department of Public Instruction that helps beginning kindergarten and first-grade teachers in 15 high-need districts implement proven literacy strategies in their classrooms.

Kebker spent seven years in the classroom before taking time off for health reasons. Being a literacy coach gives her the opportunity to interact with school-aged children while helping her colleagues grow in their teaching abilities, she said.

“When I saw Wolfpack WORKS, I knew I wanted to be back in the classroom helping other teachers with a shared goal of helping kids in the long run,” she said.

But before she could make her first Wolfpack WORKS visit, she received the call to lead a reception, staging, onward movement and integration (RSOI) operation in Wake County due to Hurricane Florence.

Hurricane Florence stalked the coast of the Carolinas as mandatory evacuations were ordered for hundreds of thousands of people and major highways reversed to accommodate the surge of North Carolinians traveling inland. While evacuees sought shelter, Kebker worked alongside the N.C. Forest Service and the State Emergency Management department to coordinate and stage first responders, rescue units, urban search and rescue teams, and swift water rescue units coming to offer assistance from 35 states, including as far away as Alaska and California.

Within 72 hours of the initial call, the site Kebker commanded was fully operational and ready to accept hundreds of first responders. This site provided beds, showers, bathrooms, laundry services and a place to rest and recharge between missions.

As the rain fell, Kebker’s team identified critical areas within the storm’s path that needed assistance and assigned missions to the first response teams staging onsite.

With her team, she focused on providing aid and support to farmers in eastern North Carolina by airdropping fuel for generators and animal feed to farms that had been cut off by rising water while coordinating water rescues for flooded neighborhoods.

“With disasters like this, there is a lot of sadness, but there’s a lot of good that you can find as well,” she said. “My goal was to try to be a positive face in the chaos. People need to know that there are others out there trained and ready to help. We’re ready to act at any moment. With the National Guard, this is what we do. We help people.”