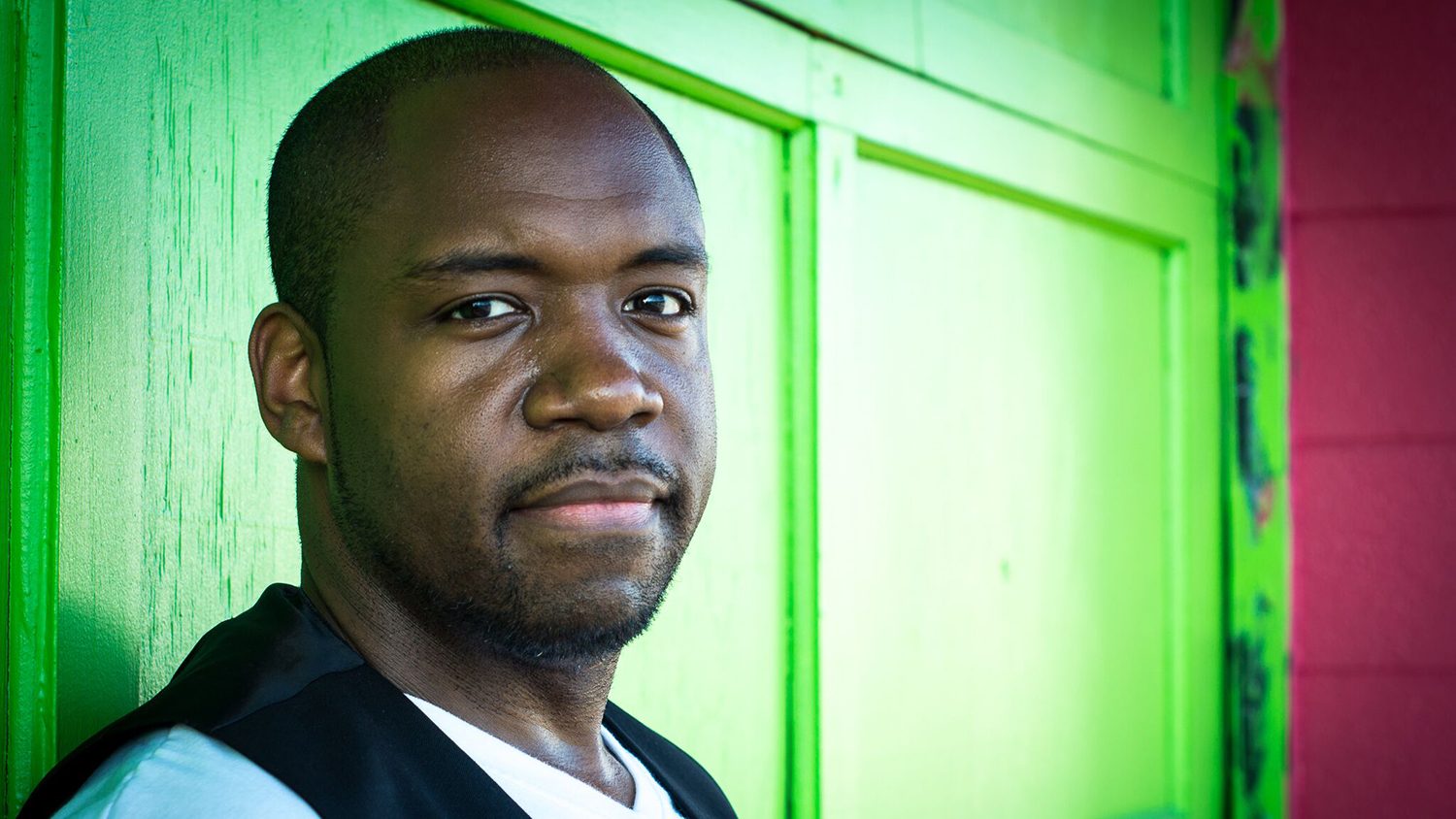 Thomas Easley chose forestry because he felt socially awkward and preferred the forest to people, but talking to people is how he landed at his new job at Yale’s School of Forestry & Environmental Studies.

After graduating high school in Birmingham, Al., he planned on working at a local grocery store, but an opportunity to work for a USDA funded youth research initiative presented itself. And the stipend that went along with the research was more than he’d make wrangling shopping carts all summer.

He signed up as a summer intern with the USDA Summer Research program that was designed to diversify the US Forest Service and other federal agencies. His research was in tissue Culture where he studies how to enhance the growth rates of Loblolly Pine through genetic engineering. At the end of his research cycle, his research cohort of 20 students presented their research to U.S. Forestry officials for a chance to earn one of three scholarships for undergraduate studies.

Why the College of Education?

Easley earned his Doctor of Education in Adult and Continuing Education and Teaching and focused on STEM Faculty Perceptions of Matter of Diversity. He says he wanted to gain a rich understanding of how STEM faculty members engage in diversity during their day to day work duties.

This research provided a foundation for him to communicate with tenured and non-tenured faculty members in fields of science and advance the field of study in matters of diversity and inclusion. He completed his degree in 2013.

Easley was their first pick.

That full tuition scholarship to Alabama A&M University provided him with the opportunity to continue to wow the government with his knowledge and skill in forestry, which ultimately led him to Iowa State University for his master’s degree. And that’s where things got interesting.

While working on his master’s, he became a mentor for the Ronald E. McNair Scholars program at Iowa State. He looked around at his first meeting with his first group of scholars and realized he didn’t have anything in common with the room of Latino students who spoke English as their second language.

“I felt like I had been set up. How was I supposed to help these students that I felt I had nothing in common with and language was a barrier? But guess what. I was the only counselor that cycle to have all of my scholars continue to graduate school.”

That’s when things clicked for Easley, and he realized he could do even more valuable work outside the forestry lab. He began filtering his students’ obstacles through the lens of his own experiences to figure out a way to help them.

“The problem wasn’t with our students. They were intelligent and talented. I just had to find a way to break down the barriers to success they were experiencing.”

In 2003, a former professor of his called him to mention a job at NC State he thought Easley would really like. It involved increasing the recruitment of minority student groups and ensuring their success.

In January 2004, he joined the Wolfpack as Director of Diversity for the College of Natural Resources. For the next thirteen years, Easley found ways to shift the focus from recruitment to retention, signed on to teach four courses, receive grant money for his research and earn his Doctorate of Education from NC State’s College of Education. He even gained popularity among the student population through rapping – his stage name is RaShad – and ministry.

Then Yale came looking for him.

In his new role as Assistant Dean of Community and Inclusion, he will attempt to break down barriers and facilitate conversations that will help increase diversity, equity, and inclusion initiatives across the school.

“What I’m here to do is to help people feel valued,” he said. “I want our students to see that they have the appropriate skills and training and feel empowered to do the work they want to do.”

And he’s already got a few great ideas up his sleeve. The most powerful tools in his arsenal to aid equity and inclusion at Yale are personal stories from people who have been through the program, he says. He envisions a podcast or a digital newsletter, or really anything, to share with students that they are not alone in their experiences.