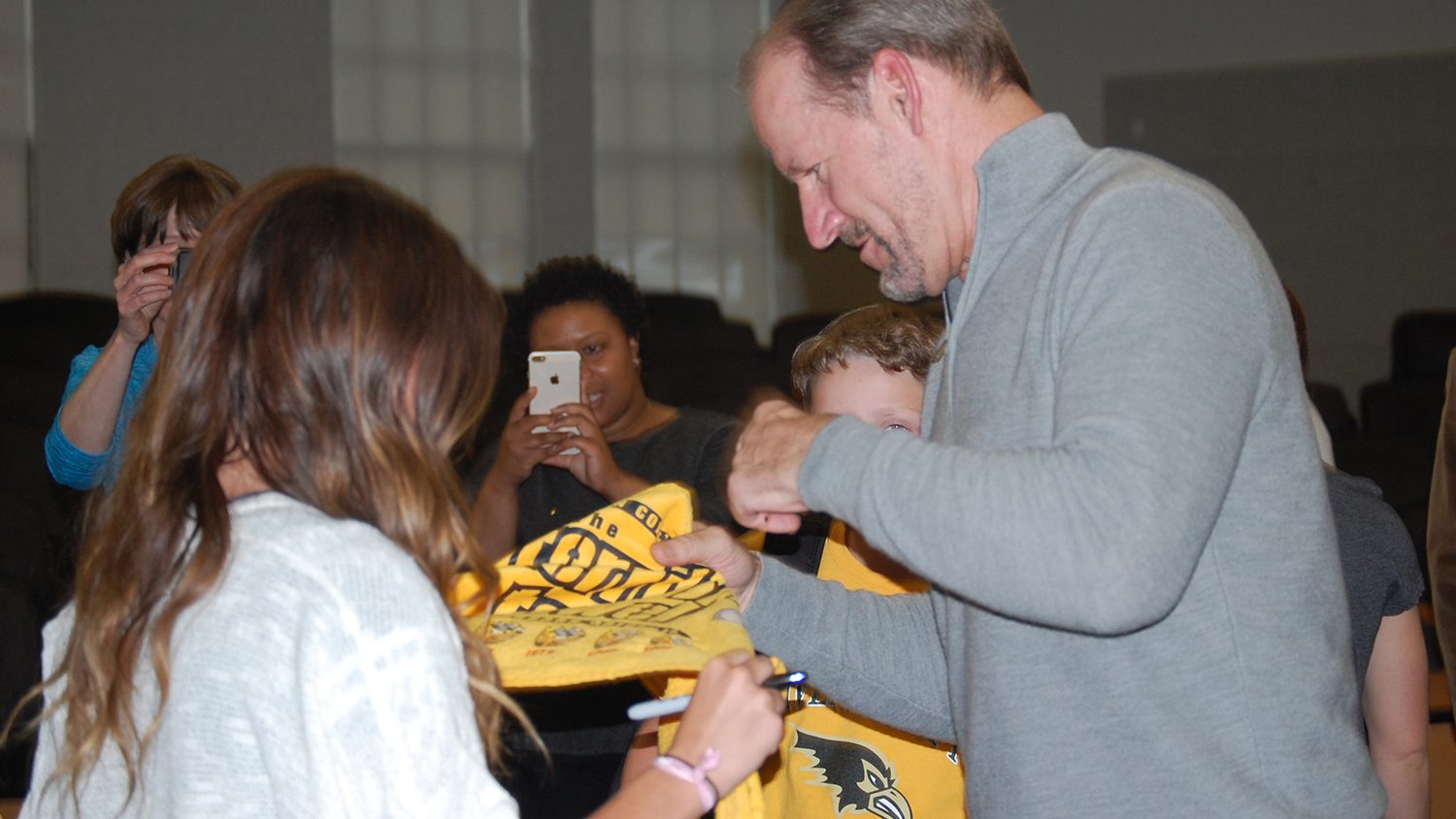 Bill Cowher ’79, the former Pittsburgh Steelers head coach who won Super Bowl XL, learned three things from his father: Work hard, don’t quit, and never be intimidated by anyone or anything.

Below are 18 insights on leading, coaching, and teaching Cowher shared — all in his own words.

Bill Cowher played football at NC State under Lou Holtz. After student teaching and graduating from the College of Education in 1979, he played for the Cleveland Browns and Philadelphia Eagles.

He became the head coach of the Pittsburgh Steelers in 1992. Over 15 seasons, he led the Steelers to 10 postseason berths, eight division titles, two Super Bowl appearances, and one Super Bowl title.

He stepped down as the Steelers’ coach in 2007 — less than a year after winning Super Bowl XL. Today, Cower is a studio analyst for CBS’ The NFL Today.

He received the College of Education’s Distinguished Alumnus Award in 1998.

Leadership to me is the ability to inspire and influence people around you. So many times some of the greatest leaders to me are teaching.

Whatever business and profession you’re in, keeping things in perspective is important. You’re never as good as you think you are, and you’re never as bad as they say you are.

Time management is one of the greatest challenges [facing leaders]. But you will always find that the good ones have mastered time management. And they compartmentalize. The good ones have that ability that when you’re here, you’re here, and when you’re there, you’re there. If you can do that, then you can have a clear head and be fully engaged. Compartmentalize and do one thing at a time.

Trying to pull people together is all about communication. It’s about being respectful of where people are at, where they come from, and trying to find a little common ground to create that special, compartmentalized moment where you have a family-type feel. Whether it’s in a classroom, on a football field, or in business, when you create that vibe, you have something special.

The team that stayed focused the most was the team that, to me, was going to come out on top eventually. Don’t get caught up in the ebbs and flows of every game. My job as the coach was to keep that seesaw [level]. When they were down, I had to pick them up. When they were up, I had to bring them down. Focus on the moment and stay in the moment.

A teacher isn’t just someone who understands a subject matter, though that’s important. More important is that you have to be able to articulate that and communicate that [subject matter]. And the really good ones have a way to take those students and push the right buttons.

Teaching is about give and take, like any relationship. If you ask a lot from them, give them a little, too.

If we can just do something to provoke thought — isn’t that what teaching is?

You can’t change people, but don’t let them change you.

One of the things I taught my kids was to look somebody in the eye. There’s something about looking someone in the eye that is genuine and being respectful.

When it’s all said and done in life, it’s not about what you’ve achieved. It’s about who you have touched along the way.