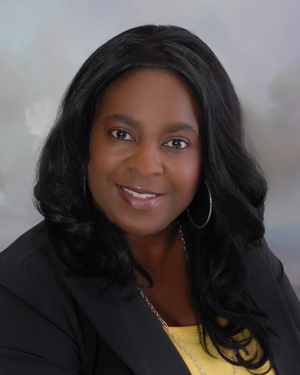 Dr. Iris Wagstaff, ’14, has been named a 2015-16 American Association for the Advancement of Science (AAAS) Science & Technology Policy Fellow, in the program’s most competitive track Health, Education and Human Services. Beginning in September 2015 through August 2016, she will serve at the Department of Justice’s National Institute of Justice in Office of Investigative and Forensic Sciences.

Wagstaff will use her vast experience as a research chemist, STEM Education researcher, science educator, and science program manager to direct a STEM graduate fellowship for PhD students in Forensic Science. She is a native and current resident of Goldsboro and has a Bachelor’s in Chemistry from UNC-Greensboro, a Master’s from NC A&T State University and a Ph.D. in STEM Education Research and Policy Analysis from NC State University. Wagstaff is the only fellow representing NC State University, and only 1 of 3 fellows representing the state of North Carolina this year out of almost 1,000 applicants from the U.S. and abroad.

Wagstaff has over 20 years of experience in STEM outreach to the community working with students (K-20), teachers and parents to encourage youth in STEM, especially those who are underserved and underrepresented. She develops informal science programs with real-world applications for students throughout the state of NC and the country, as the Director of the Brilliant and Beautiful Foundation SMART Scholars Program, a non-profit organization dedicated to supporting females in science.

During her tenure as a fellow, she will have the opportunity to work with the White House Office of Science and Technology Policy.

Wagstaff will provide support to both the Division Director and Program Officers on OIFS’s grants portfolio and existing programs which include:

The American Association for the Advancement of Science (AAAS) is an international non-profit organization dedicated to advancing science around the world by serving as an educator, leader, spokesperson and professional association. The AAAS S&T Policy Fellowships provide the opportunity for accomplished scientists and engineers to participate in and contribute to the federal policymaking process while learning firsthand about the intersection of science and policy.

As founder of TusomeInnovations, a social enterprise that supports the development of digital learning resources for deaf children in Tanzania, Doreen Mushi ‘25PHD is a firm believer in providing access to quality education for vulnerable children.