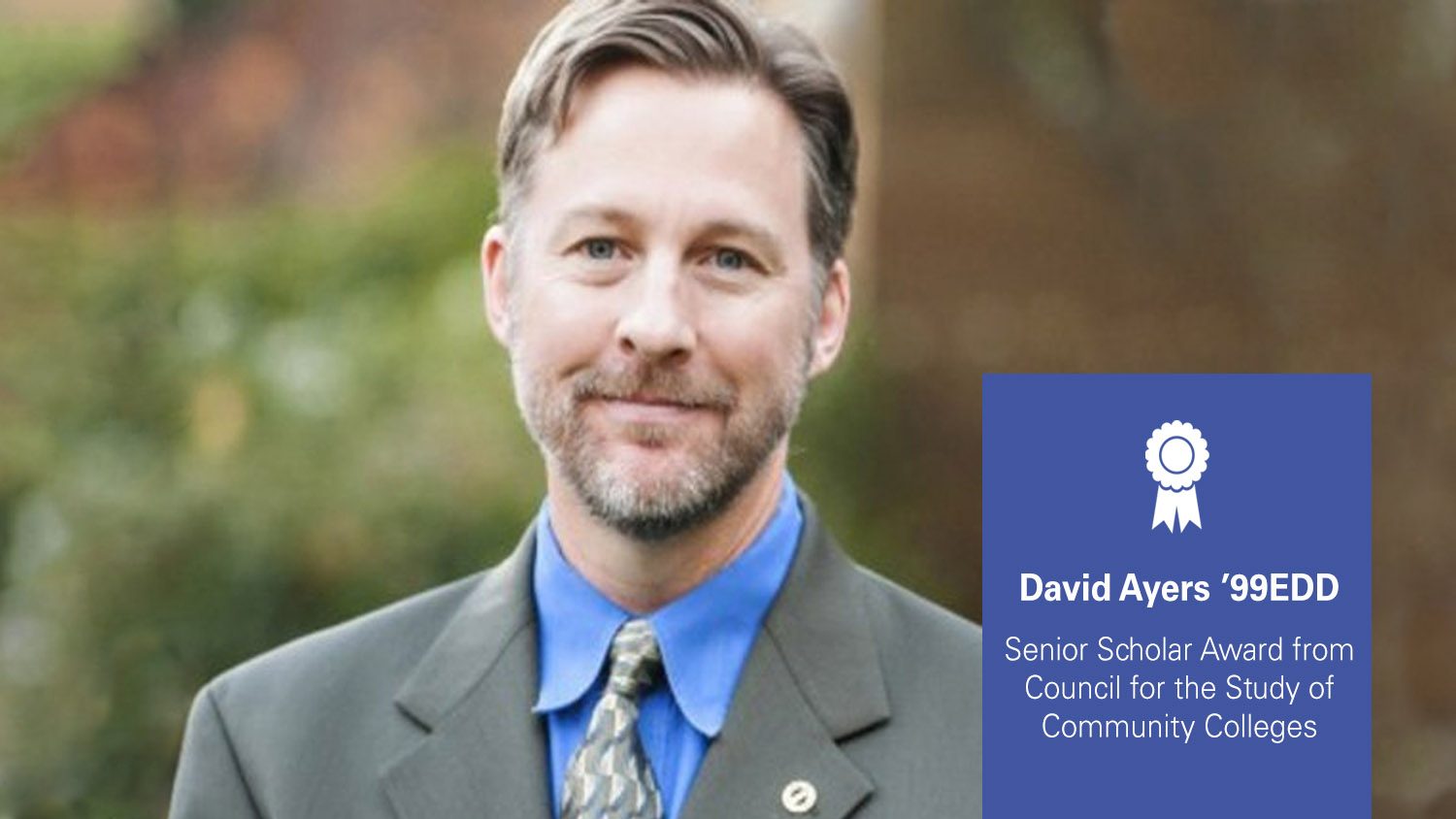 David Ayers ’99EDD recently received the Senior Scholar Award for his research on community colleges from the Council for the Study of Community Colleges. But his work really began as a child exploring the campus of Surry Community College where his father worked. He camped out in the library, played on the tennis courts, and cast a line in the campus pond, but the community aspect made the greatest impact on his life during that time.

Education: Ed.D., NC State College of Education, M.A. in higher education and B.S. in Spanish, both from Appalachian State University

Why He Chose Education: “In education, a deep moral commitment to the next generation was displaced by shallow accountability schemes and unapt metrics. Educators became trapped by a politics of skepticism. Working together, educators, politicians, and other community members have begun to refocus on what really matters. This task will require analytical problem solving, leadership, and advocacy. I chose a career in education because I wanted to be part of these solutions.”

“It was a cultural and intellectual center of the community,” said Ayers. “People cared about each other and seemed to work together to accomplish a greater purpose. An organizational climate like that doesn’t just happen; it takes principled leadership.”

Ayers, who is an associate professor of educational foundations and leadership at Old Dominion University, now challenges community leaders, policymakers, business managers, students, educators and other stakeholders at the nation’s community colleges to think about how they are leading through his research on community college missions.

He says people talk a lot about “the community college mission” as if they all agree on what that mission is: graduates with skills to do a job and do it well, a path to a bachelor’s degree, and basic education for adults who may not be on traditional timelines. But what happens when resources are scarce and colleges have to set priorities? Should they cut costs by replacing career faculty with instructors? Should they invest in workforce training instead of developmental education?

“Mission is a political process — one that deserves careful deliberation and public discussion,” he said. “Missions are complex and as messy as democracy itself. My goal is to provide some theoretical and analytical tools that leaders can use to monitor the sociopolitical dynamics of mission and to lead their community colleges accordingly.”

His work, while provocative and critical at times he admits, has only reinforced the value of community within community colleges.

“My arguments convinced some; others continued to disagree with me,” he said. “That I was chosen as a recipient of the Senior Scholar Award says a lot about my colleagues. It evidences a community of scholars undaunted by critique and averse to orthodoxy.”