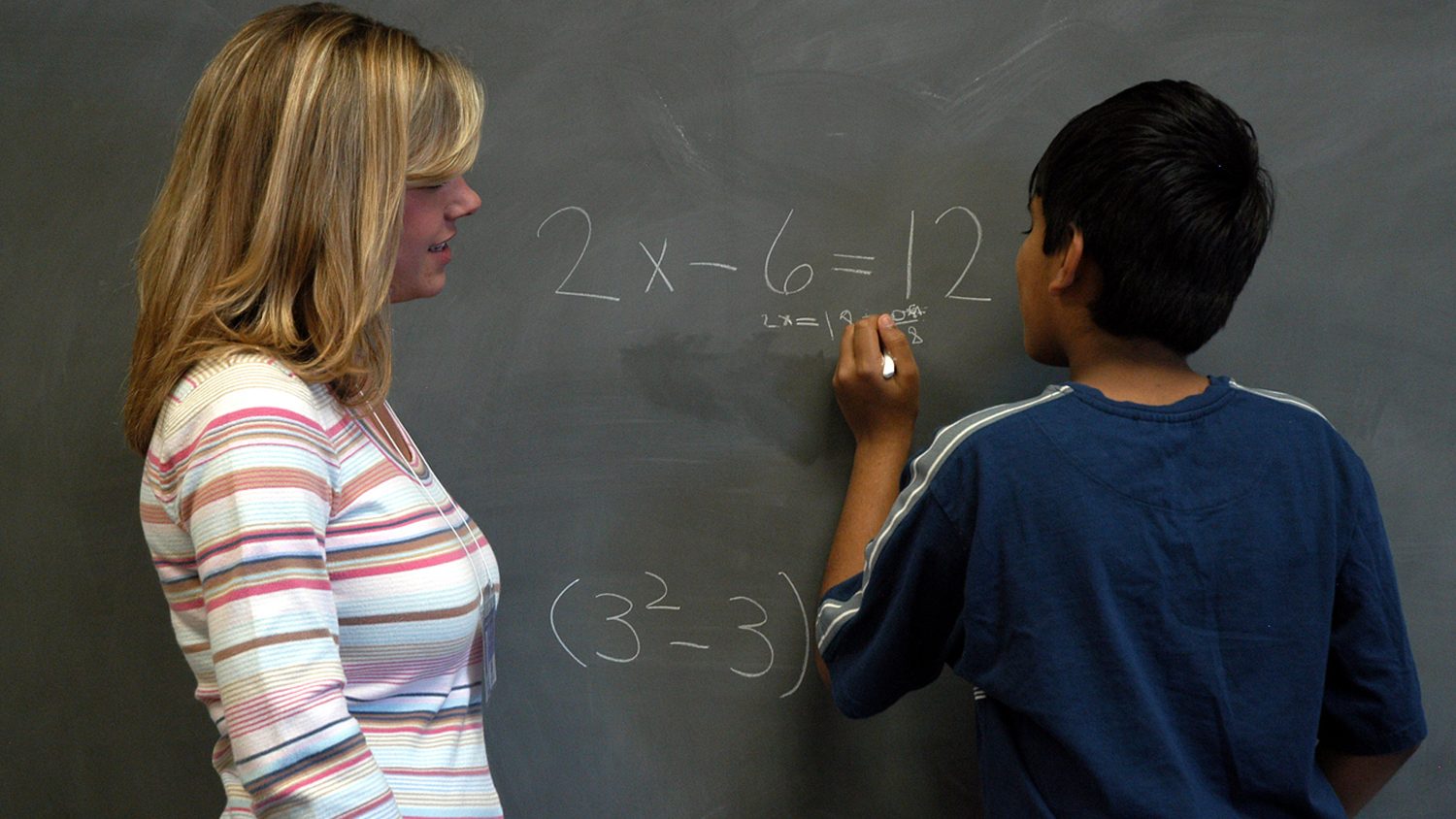 Editor’s note: This release has been added to include information from a third report, A Profile of Applicants to North Carolina’s Opportunity Scholarship Program, posted Aug. 18, 2017.

The North Carolina Opportunity Scholarship Program, which began in the 2014-15 academic year, provides up to $4,200 annually for eligible K-12 students to attend a private school. North Carolina falls in the “middle of the pack” nationally in terms of size of private school choice programs, with a total of more than 5,600 new and returning students receiving scholarships in the 2015-16 school year, says Anna Egalite, NC State assistant professor of education and lead author of two new reports about the Opportunity Scholarship Program.

In the 2015-16 academic year, 44 percent of private schools statewide participated in the program, which requires schools to follow state guidelines and to administer a standardized test of their choice to voucher recipients. With funding budgeted for approximately 6,000 students, a total of 5,545 eligible new students applied but ultimately 3,673 enrolled at a private school in 2015-16. Overall, the state disbursed $13.1 million to students at 349 private schools.

“It’s important to understand trends in the program and to identify if there are any barriers to student and school participation because Opportunity Scholarship applications continue to increase and funding is scheduled to expand by at least $10 million annually for the next decade,” Egalite says.

Egalite and her team conducted statewide surveys, targeted interviews and regional focus groups at five locations across the state. They compiled two initial reports released in July 2017: one with perspectives from private school leaders and a second giving parents’ viewpoints. A third report, focusing on demographic information on applicant families, was added in August. Co-authors of the reports are Ashley Gray, a doctoral student at NC State, and Dallas (Trip) Stallings, director of policy research at NC State’s Friday Institute for Educational Innovation.

To qualify for the program, K-12 students must be transferring from a public school to a private school or be attending school for the first time. The program also serves students in foster families and those with a parent on active duty in the military. Families must meet income guidelines to qualify for either the full amount or 90 percent of the maximum. The current income limit for a family of four is $45,510 for a full scholarship or $60,528 for a partial scholarship.

Here are highlights from each of the reports.

Serving disadvantaged students was the top reason private school leaders cited for participating in the Opportunity Scholarship Program. Other frequent responses were to offer an alternative to public schools and to make the private school more racially and socioeconomically diverse.

“One of the big takeaways was that participating private schools say their primary motivation for participating in the program is to serve more disadvantaged students,” says Egalite, who noted that schools enrolled in the program were more likely to be religious schools. “It’s a major driver for these schools. They want to be more diverse economically and socially.”

However, leaders at participating schools said the Opportunity Scholarship students were not as well prepared for school as most students enrolled there.
Among participating schools, the top concerns were that program requirements would change and that scholarships would not keep pace with educational costs.

“School leaders said that the vouchers were often not enough to fully fund tuition and fees, and some offered supplemental financial aid to students in the program,” Egalite says. “Some schools limited the number of Opportunity Scholarship students to ensure enough aid was available for lower-income students to continue to attend. Leaders said that once students were admitted, they became part of the school family, and they didn’t want to lose them.”

Leaders at nonparticipating schools often said that what differentiated them from public schools was less standardized testing. The most frequently offered reason for private schools’ non-participation was a fear of future regulations associated with the program. Additionally, a few school leaders noted that their governing boards’ policy was to decline public funding.

Although parents reported few problems with the application process, nearly 1,900 eligible families ultimately opted out of the Opportunity Scholarship Program. One reason: Even with vouchers, the cost of private school tuition and fees was too much to manage.

“First-time families in private school were surprised by the amount of unexpected expenses for uniforms, transportation, and breakfast and lunches,” Egalite says. “At least one private school offered lunch funding for the students’ first semester to help with the transition from public to private school.”

Overall, participating parents expressed satisfaction with their child’s new private school, with 94 percent giving the school an ‘A’ or ‘B.’ About 73 percent gave their child’s previous school a grade of ‘C’ or lower.

“One caveat is that this rating is based on initial experiences with school choice,” Egalite says. “It may be partly attributable to parents’ satisfaction with having a say in the school their child attends versus a detailed reading on the quality of the new school.”

Seventy-one percent of parents said they were pleased with safety at the new school and 71 percent said they were satisfied with the character and values education in a private school setting. However, only 41 percent expressed satisfaction with racial diversity in their child’s new private school.

A Profile of Applicants to North Carolina’s Opportunity Scholarship Program

More than one-quarter of new applicants in 2016-17 were deemed eligible for the program but did not respond to communication from the North Carolina State Education Assistance Authority. As a result, these students were not awarded an Opportunity Scholarship.

Egalite notes that families that received vouchers are among the lowest-income households in the state: The adjusted median household income is $16,213 for new voucher recipients and $15,000 for renewal recipients.

For new applicants, the two most common reasons for ineligibility were that the student did not currently attend a North Carolina public school (51 percent) or that family income exceeded the statutorily-defined income cap for the given household size (42 percent). For renewal applicants who were ruled ineligible, the most common reason was an increase in family income, such that it exceeded the cap (88 percent).